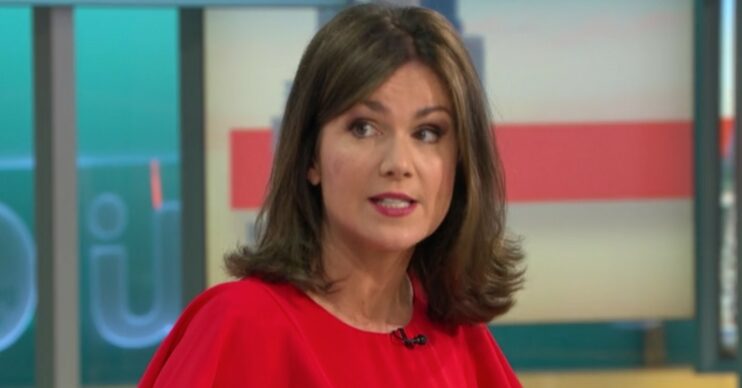 The presenter briefly returned during her summer break

Susanna Reid has stunned fans as she debuted a new hairstyle on GMB today (August 20).

The 50-year-old presenter returned to the ITV programme on Friday to stand in for colleague Kate Garraway.

Following the show, Susanna took to social media as she marked her brief appearance back.

Fresh from hosting alongside Richard Bacon, the star shared a snap of herself backstage at GMB.

The photo showed Susanna beaming as she modelled a red dress and matching lipstick.

Meanwhile, her bob was perfectly coloured with lighter tones.

The presenter’s hair was also flicked at the ends.

Posting the shot to her profile, Susanna captioned the post: “Good to be @gmb just for today. Back 1st Sept. New trim by @itsramonastyle.”

Fans rushed to comment on her new look, with one saying: “Absolute dream!”

A third added: “I thought you looked lovely today.”

A third commented: “Lady in red!!”

Why is Susanna back on GMB?

Susanna was due to make a return to GMB this September after a summer break.

However, her time off was cut short after helping out friend and co-star Kate.

Kate needed urgent cover in order to go on holiday with her kids, Darcey and Billy.

On Thursday, Kate revealed on the show: “She’s been very kind because I had a very tight window where I could get everybody to come and look after Derek so I could take the kids away.

“Obviously, he has nurses as well.”

The host admitted the family needed a break to feel “refreshed” after husband Derek’s long-term battle with Covid.