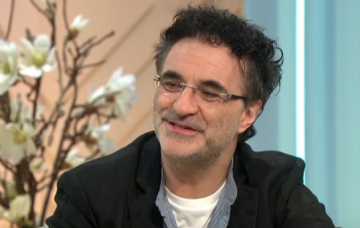 To many of his adoring fans, Professor Noel Fitzpatrick would make the perfect partner.

Successful, highly-educated, sensitive, rugged good looks… and not only a lover of animals, but perhaps the greatest doctor any pet could hope to be treated by in the world. That all adds up to make him quite the catch.

But, eligible bachelor or not, it seems the Supervet’s supreme dedication means he may only ever have time for his patients.

Addressing being single in new memoir Listening to the Animals: Becoming The Supervet, Noel admits previous girlfriends have often trailed behind animals in his priorities.

Read more: Supervet viewers have a message for the Queen

And despite having had the possibility of marrying “a few times” in his life, the 50-year-old is also keenly aware why his relationship status proves more fascinating to observers more than any other aspect of his personal life.

Detailing how he met his first girlfriend Helena in a modelling agency, Noel hints she may have been the one to get away – even though he says they went their separate ways because he wished to move to London to follow his veterinary calling.

“If I had married her, my life would have turned out very differently,” explains Noel.

But there is also a trace of greater heartache in Noel’s words as he admits to be having problems bonding with partners – and does not hide away from the possibility that may be because he has put his career first.

He says in the book: “It could be said that I gravitate towards animals because I find human relationships difficult.

“The bottom line is that from my partners’ point of view, I have been selfish – something that I have been told time and time again.”

Noel also goes on to suggest he may have been cheated on as helped develop cutting edge methods to cure sick animals.

He continues: “So, for example, while I have been fixing a dog, a girl I loved has been in bed with someone else.

“That’s a bitter pill to swallow… and yet I can see it from her point of view.

If you missed it last year – there is a repeat of this episode from Series 9 when Padraig and I met little Chica. Catch it on @channel4 tonight at the usual time of 8pm #supervet #nationalpetday #fitzpatrickreferrals

“Why should she put up with always being second best to a dog or cat in crisis?”

So reasonable, so understanding, so empathetic… With character like that, we reckon you could work it out, Noel.

Anyone willing to volunteer to take a chance on Noel?

– Noel’s book Listening to the Animals: Becoming the Supervet is published by Trapeze and available to buy now in hardback, as well as ebook and audio. He is also currently on tour nationwide with Welcome to My World