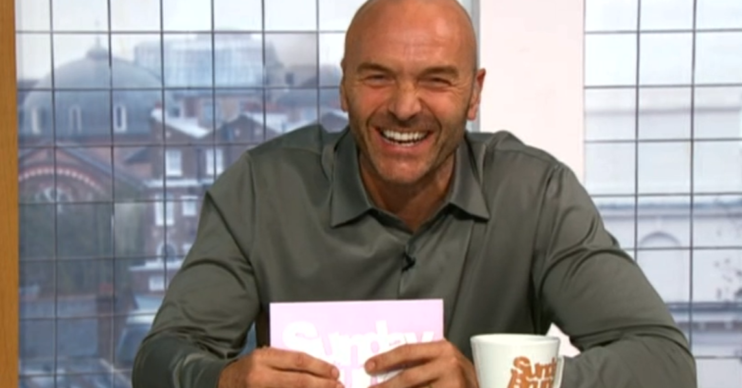 Sunday Brunch viewers divided over end of the show DJ

It didn't go down a storm

Viewers of Channel 4‘s Sunday Brunch were left cringing and laughing with the end of show performance by DJ Joel Corry today.

The show presented by Simon Rimmer and Tim Lovejoy made viewers feel ’embarrassed’ as Joel performed single ‘Head and Heart’.

Joel’s performance didn’t grab the viewers though. Many took to Twitter to air their opinions at the 31-year-old’s performance, and they clearly weren’t fans.

One said: “Possibly the cringiest moment in TV history…and I’m comparing that to some serious contenders.”

Another echoed: “Worst thing I’ve ever seen on telly that. Scraping the barrel doesn’t cover it. As a DJ myself it was equally as awkward as it was horrific to watch.”

A third said: “Yeah, that was pretty hard to watch.”

A fourth added: “I understand work went into making this but was he actually doing anything with those decks? It was a man dancing a bit to music with a video behind him.“

One even accused Channel 4 of ‘struggling’ for talent:

Anyone else thinks Sunday brunch are struggling for a bit of talent? Got to be the most pointless pathetic performance Iv seen. The way this z listers is dancing and miming behind a set of decks is putting me off my bacon sarnie #SundayBrunch

Many viewers were in hysterics at Joel’s dance moves and how he barely touched the obligatory DJ decks:

Live shots from @JoelCorry “DJing” performance on @SundayBrunchC4, the world’s first telepathic DJ, didn’t touch his CDJs once, but threw some wavy shapes, GET ME TO ZANTE 🤣🤮 pic.twitter.com/STHoumotK6

Was he meant to not touch the decks once 😅😅

The producers trying to tell Joel to act like he’s doing something even though his decks aren’t plugged in like… pic.twitter.com/giWfRnikgI

Some viewers were fans of the song

Not all viewers were so critical. Some were fans of the song’s catchy beat, which seemed to balance out the performance.

One viewer didn’t understand all the negativity:

Everyone just cussing the DJ when I’m just loving the song! 😂🙌🏾🥳 #Sundaybrunch

Who is Joel Corry?

Joel Corry isn’t a familiar face to many, and some viewers were left confused over who he was. For those unsure, Joel was briefly featured on MTV’s Geordie Shore with then-girlfriend Sophie Kasei.

The 31-year-old from London also works as a personal trainer when he isn’t on the decks.

He has performed as a DJ since 2015, and his 2019 single Sorry made it to number six in the UK Singles Charts after being featured on Love Island.