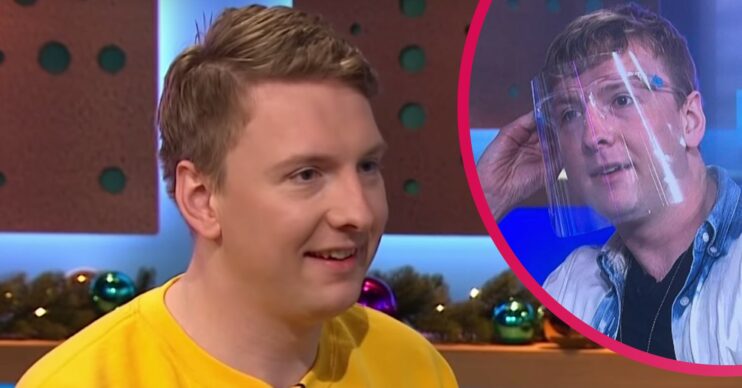 A lot of anti-mask people seem to have been 'triggered'

Comedian Joe Lycett divided viewers of Sunday Brunch as he appeared on the show wearing a protective visor.

The 33-year-old puzzled some of those watching at home who presumed he was ‘having a joke’.

However, Joe wore the face shield throughout his Channel 4 chat with hosts Tim Lovejoy and Simon Rimmer.

Some admitted to being perplexed as to why Joe would wear the visor, despite nearly 18 months of a global pandemic.

Others, clearly irritated by Joe’s shield, accused him of ‘attention-seeking’ and hurled abuse in his direction.

“I’m very confused about the visor?” one person wrote on Twitter.

“Everyone is socially distanced, is this making a point?”

Another person pondered: “What’s with the visor? Just curious…”

One clearly rattled observer saw the open-ended, unexplained stance with the visor as an opportunity to take a dig at Joe’s flamboyant act.

“Because he likes to be centre of attention as always,” they replied to another baffled Insta user.

And someone else on Twitter echoed that thought: “Why the visor? It literally makes no sense. Unless you’re an attention seeker.”

However, other people defended Joe wearing a visor.

One person laughed, adding emojis to their post: “Looks like he has triggered a lot of people wearing a visor.”

“Leave him the heck alone,” one supporter insisted.