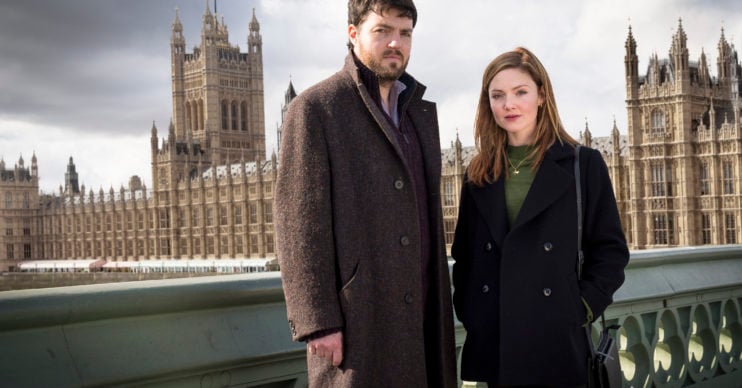 The tension between the private investigators is off the scale this series!

Strike star Holliday Grainger has hinted that her character, Robin Ellacott, is headed for ‘heartbreak’.

The 32-year-old revealed that she had to film some “incredibly difficult scenes” in the new series.

What did Holliday Grainger say about Robin?

Starring opposite Tom Burke, who plays private investigator Cormoran Strike, Holliday said in an interview that Robin’s love life could be heading for disaster.

At the end of the last series of the BBC drama fave viewers saw Robin walk down the aisle with childhood sweetheart Matthew.

But in this series they’re seeing a different side to the relationship.

“Right from the beginning of this series, you’re understanding that Robin and Matthew may be changing too much as people,” she told Radio Times.

“They probably shouldn’t be together, but they have been together for such a long time.

“It’s the kind of first love and he was her childhood sweetheart. So, breaking that safety net is incredibly difficult for her.”

Robin and Strike’s will-they-won’t-they relationship has kept viewers on the edge of their seats.

“Strike and Robin are both in their own relationships, and have kind of had a slightly stilted personal relationship,” she explained.

What happens in this series of Strike?

This year’s series – titled Lethal White – features a double case for Strike and Robin to investigate.

When a distressed, mentally unstable man breaks into Strike’s office, he tells the investigator about the death of a young girl.

Strike decides to look into it, but MP Jasper Chiswell also hires him.

Another MP is blackmailing Chiswell… and the brother of the distressed young man who paid him a visit.

How are the two cases connected?

Strike: Lethal White continues on BBC One at 9pm on Monday