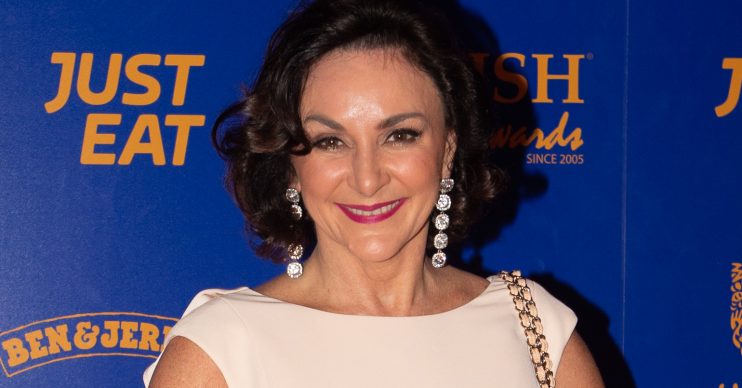 Shirley Ballas has injured herself during a pantomime performance just days before the Strictly Come Dancing final.

The head judge, 59, took to social media on Thursday (12.12.19) evening to tell fans she pulled her hamstring while attempting a flip on stage at a theatre in North East England.

Speaking via her Instagram stories, she said: “Hey everybody, there was definitely drama here at the Darlington Hippodrome today.

Absolutely devastated. An injury during the first act. Flipped over too fast and seem to have pulled my hamstring (hopefully that’s all). I had to limp off during the dance. With the help of the whole cast I managed to carry on the show, speaking only the lines and not dancing. Thank you to @crischaela who stepped in, you were absolutely fantastic, and thank you to everyone who helped me! #injury #theshowmustgoon @bbcstrictly @darlingtonhippodrome

“As I did my opening number today, I had a flip at the beginning of the number, which was overshot – and I slipped on my foot and I’ve pulled my hamstring.

“I did try to carry on but there was no way I was going to be able to dance.

Absolutely devastated. An injury during the first act.

“I managed to shuffle on and off the stage to still do my lines. As they say in show business, the show must go on. I was just so lucky that we had somebody here who was able to help me with the injury and strap it up.”

Shirley then hitched up her dress to reveal a massive bandage on her leg.

She continued: “It’s strapped up all the way from the top.

“We’ll be dealing with this injury and see how it goes because it’s the final of Strictly on Saturday.”

In the caption of another post about the injury, Shirley wrote: “Absolutely devastated. An injury during the first act. Flipped over too fast and seem to have pulled my hamstring (hopefully that’s all).”

Former Emmerdale actor Kelvin Fletcher, EastEnders star Emma Barton and CBBC’s Karim Zeroual will take to the Strictly dancefloor this weekend (14.12.19) as they battle it out for the last time.

Earlier this week, Good Morning Britain presenter Susanna Reid – who was in the final herself in 2013 – issued a warning to the remaining celebs and insisted the day after the finale will feel like a “hangover”.

Read more: Strictly’s Mike Bushell has had a facelift after losing weight on the show

She wrote in her Daily Mail column: “A warning to all: Sunday is quite the hangover but, by Monday, you’ll wonder where all the stardust has gone.”

Kelvin is currently the bookies’ favourite to lift the coveted Glitterball Trophy.

In fact, the 35-year-old actor has been favourite to win the BBC dance show ever since his first performance – becoming the first Strictly contestant to lead in the bookies chart from first to last in the history of the show.