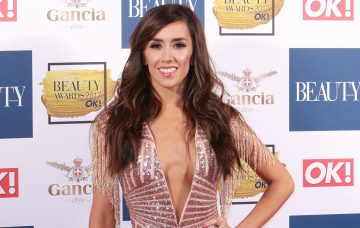 It's farewell for Strictly stalwart

The pro dancer praised Brendan for being welcoming when she first joined the show.

She posted a head shot of a smiling Brendan, alongside a lengthy caption of support for the Strictly stalwart.

The caption read, “Because of being sick I’ve not gotten around to say how much @bbcstrictly will miss @brendancoleinsta!

“Since day 1 he has treated me like family, guided me, & made me smile. A true LEGEND in the show’s history!

“I love you so much & wish you all the best with your gorgeous family and in all of your future endeavours which I’m sure will be as amazing as you!

“THANK YOU for everything! #iLoveYou #BigBrother ❤️”

Brendan has expressed gratitude for the outpouring of support he’s had in the wake of the announcement, speaking to the Daily Mail about the response he said…

“There have been hundreds and hundreds of texts. As soon as I came off air, the phone was going all day. That’s the bit that’s made me feel as good as I do.”

He spoke of texts from former judges Arlene Phillips and Len Goodman, as well as fellow dancer Anton Du Beke, who is now the only original professional dancer still in the cast.

“I should still feel sad, but the support has been overwhelming. Arlene and Len were two of the first people to text. Len said, ‘I hope you’re okay. Don’t worry. Bigger and better things will come to you.’ That means a lot.”

Janette joined the Strictly pro dancer line up in 2013, after gaining attention as a contestant on the fifth season of US TV show So You Think You Can Dance.