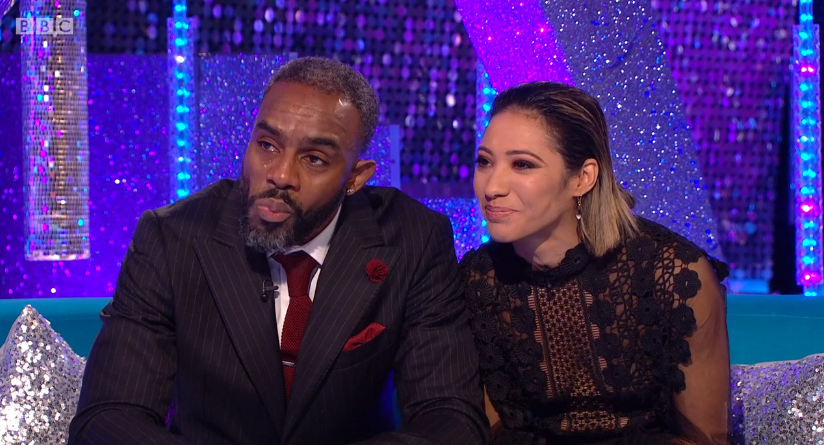 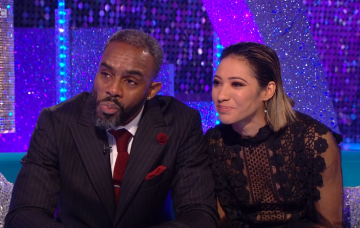 They left the competition at the weekend

The 45-year-old actor and 36-year-old pro dancer were the 10th couple to be eliminated from the Latin and ballroom show – after losing to Ashley Roberts and Pasha Kovalev on Sunday.

And they got emotional about their exit during an appearance on last night’s episode of spin-off show It Takes Two.

“I can take my son to school in the morning and do things I haven’t done for the last 14 weeks, but at the same time I don’t get to spend time with this wonderful woman, this woman teacher.”

Following the pair’s Strictly exit, Karen took to Instagram to pay tribute to ex-Dream Team star Charles, and thanked him for being “hardworking” and “humble” during their time on the show.

She wrote: “I am thoroughly grateful for the experience I had this series on @bbcstrictly with you @ChuckyVenn .

“Thank you for being the most hardworking , humble human being and just an absolute… (sic)”

Charles’ exit will also have come as a disappointment to his former EastEnders co-star Shane Richie, who had vowed to put a £50 bet on his pal to win the Glitterball Trophy.

He wrote on Twitter: “Hey @ChuckyVenn I’m Off to the bookies dude  putting a bullseye down for you to win passé doble. Your hips don’t lie ,I’ve seen you shake ya booty in the Vic ! Big manhug to ya bro’ (sic).”

At the weekend, the judges decided to save Ashley over Charles.

Asked about his time on the show, Casualty actor Charles said: “Well, I have to say first before I go into highlights; I have to thank my family for all of their support because obviously without them I don’t know if I would have got through half of this.

“Before I go through dances or memories I have to pay extreme homage to this woman here because Karen Clifton turned me into a promising dancer. A promising dancer honestly!

“This woman has been by my side and supported me, she’s been strict, she’s been solid, she’s been caring and loving, sensitive, intuitive, and I’m adamant that without her I don’t know how I would have got to this level.”

He added: “I’m so thankful. Thank you for the opportunity. Thank you Strictly Come Dancing. Thank you to the voters. Thank you judges because you guys saved our butts a couple of times so thank you, thank you.”

Were you sad to see Charles leave the competition? Leave us a comment on our Facebook page @EntertainmentDailyFix and tell us.