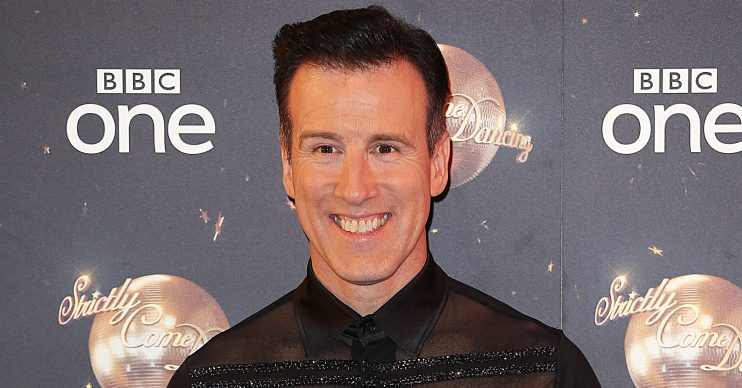 He believes Arlene Phillips should have stayed on

Strictly’s Anton du Beke seems to have taken a swipe at Alesha Dixon after suggesting former contestants should not be part of the judging panel.

The veteran pro, 53, is reported to have told a tabloid newspaper that ex judge Arlene Phillips should not have been dumped in the first place.

But he went on to hint those who have taken part in the BBC One dance show as a celebrity do not posses the same insight as professionals who understand all aspects of performance.

He told the Express: “They should have never got rid of Arlene Phillips. I’m such an admirer of hers. But I suppose they couldn’t ask her back.”

Alesha – now a judge for Britain’s Got Talent on ITV – filled the slot vacated by Arlene when she stepped down in 2009.

But three years after bagging the judging job on Strictly, Alesha switched to BGT.

Anton – partnered this year with EastEnders’ Emma Barton – is reported to have continued: “I don’t want an ex-contestant on the panel, all they can offer is observations along the lines that they know how the celebrity feels because they were in the same position.

“Unless you’ve been a professional dancer, there’s no place for you on a judging panel.”

It was rumoured earlier this year that Anton hoped to replace Darcey Bussell when she decided to move on from Strictly.

But Motsi Mabuse, the sister of pro Oti, was appointed – and she’s been a big hit with viewers.

A few weeks ago she dismissed rumours of tension between them, telling Lorraine Kelly: “I met him and he’s such a gentleman. I don’t think it’s anything personal at all, everyone gets to shine in their different ways.”

– Strictly Come Dancing’s results show is on tomorrow night – Sunday – on BBC One at 7.15pm