Anneka Rice has revealed the bruises she's got from her gruelling Strictly Come Dancing rehearsals.

The TV presenter, 61, has been practicing her Charleston routine to Woo Hoo by The 5.6.7.8’s from Kill Bill ahead of this weekend's live show.

Anneka shared a video to Instagram on Friday to show off her bruises.

Oh my goodness, the level of bruising on my body.

She captioned the post: "Dancing is dangerous. It’s murder on the dance floor #strictly @bbcstrictly."

In the footage, Anneka said: "Oh my goodness, the level of bruising on my body...

"I've just had a wardrobe fitting for this week and everyone's said, 'what's happened?'

"I'll show you what I mean, this is just one at the front of my body," as she moved the camera to her stomach to show a huge bruise.

Anneka continued: "There are bruises in places I barely knew I had places. 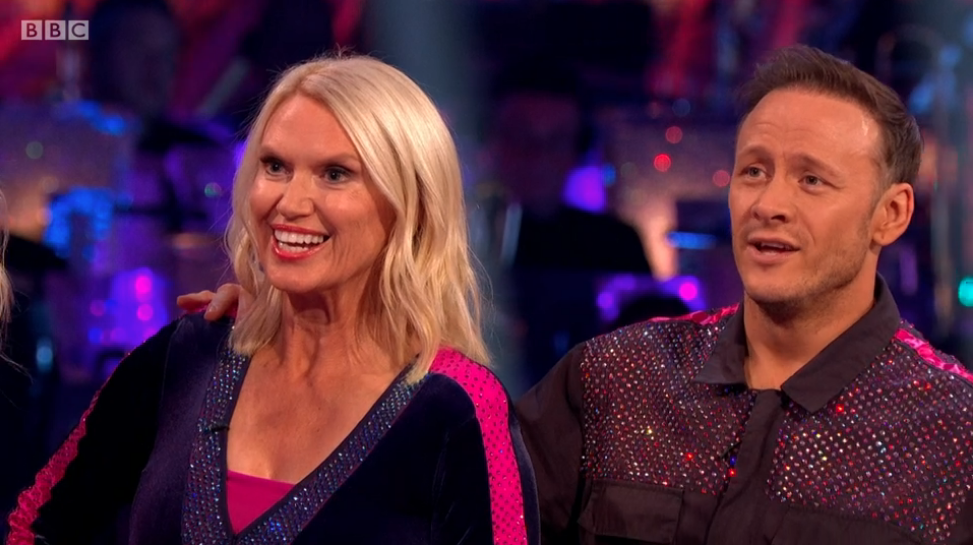 Anneka said she's been getting bruises from her rehearsals (Credit: BBC)

"Kevin [Clifton], what have you done to me?"

Fans urged Anneka to be careful while wishing her a happy birthday as she turned 61 today.

Later in the day, Anneka shared another video of herself being surprised with a birthday cake from the Strictly team.

The star was seen on the dance floor as her fellow contestants and professional dancers stood around singing happy birthday to her.

A producer then appeared to bring out a cake to Anneka, who was left completely shocked by the surprise.

Last weekend, Anneka and Kevin received 19 points out of 40 for their Waltz.

Strictly Come Dancing airs on Saturday at 7:10pm on BBC1.