Alex and professional partner Neil Jones took to the floor to dance the first Argentine Tango of the series.

The pair had just completed their passionate routine to Bishop Briggs' cover of Never Tear Us Apart when Alex managed to accidentally get her sequin dress caught up in Neil's shirt. 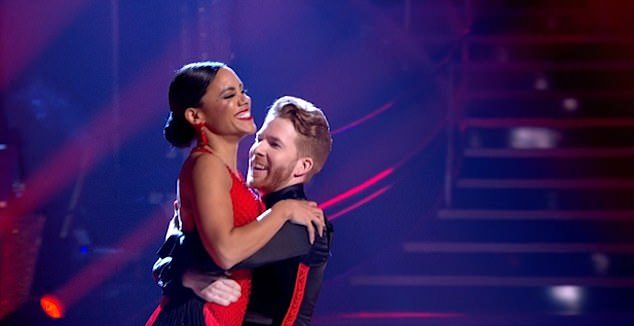 The pair got stuck as they wrapped up their dance (Credit: BBC)

Alex tried to prise herself away, but couldn't - so in the end Neil had to carry her over to the judges' desk.

"We have a minor wardrobe blunder," Neil joked before Tess Daly stepped in to help free them.

Once freed, the pair then faced the four judges, who admitted they weren't impressed by this week's routine. 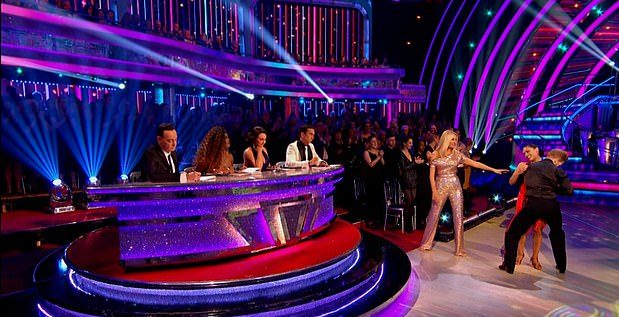 Tess Daley had to step in to free them (Credit: BBC)

Craig Revel Horwood told them: "I thought it was very heavy and flat-footed, you need to use your feet a lot more in this dance, that... section I thought you looked like you were churning butter than reacting.

We tried our best to carry on.

"This dance is all about the lady reacting to the man's lead and every time you do a kick, it has to be loose and it also has to be a reaction to what he is doing to you, and it felt like you were just determined to get it done you were too tense downstairs."

Shirley Ballas was impressed by their chemistry, but said the performance wasn't without its flaws. 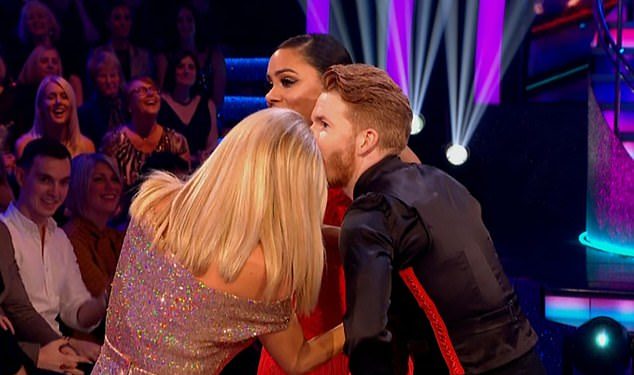 "There is no other dance that connects two people physically and emotionally and I thought your emotional connection with Neil was outstanding," she explained.

Alex and Neil ended up scoring 26 points out of 40 and finished in joint last place on the leaderboard.

Meanwhile, Karim Zeroual and partner Amy Dowden came top of the Strictly leaderboard after the judges gave the couple a score of 38 for the Couple's Choice: Contemporary routine to the song Drops of Jupiter by With Confidence.

- Strictly Come Dancing airs on BBC One tonight at 7.15pm