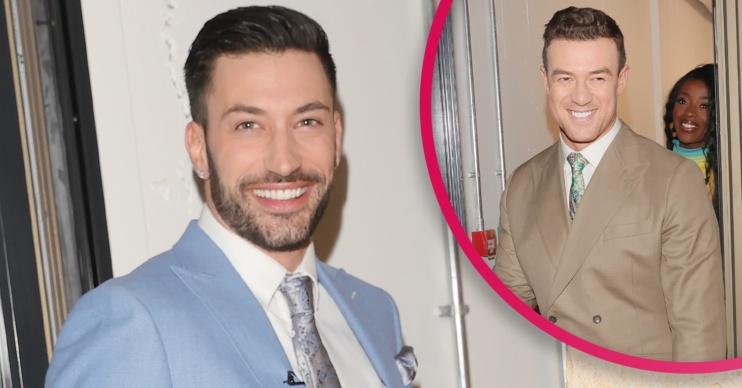 Strictly Come Dancing winner Giovanni Pernice has given fans a glimpse of his jet set lifestyle as he headed home from his festive break on board a private jet.

Giovanni was accompanied by his pal Kai Widdrington, with the boys both sharing snaps from their break in Italy over the past few days.

They’re now safely back on home soil, but the boys did arrive home with a mystery lady.

So who is she? Read on and we’ll fill you in!

He also got to catch up with his Strictly pal Kai Widdrington, with the boys seeing in the New Year together in Portofino.

When it came to home time, the professional dancers jetted back in style on board a private jet.

Gio filmed himself boarding the plane, showing off what looked like trays of mini cocktails and canapés to keep them fuelled for the journey.

Kai was also seen settling down into his plush cream leather seat.

However, there was also a mystery lady on the plane – so who is she?

Who is the mystery lady on Giovanni and Kai’s private jet?

Giovanni, who recently spoke out on his split from Maura Higgins, tagged his pal in the video.

The woman is tagged as Nonna McGill, but unfortunately for Gio fans she has a private Instagram profile – so clues about their friendship are few and far between.

What we do know is that Giovanni is said to have attended Nonna’s rather swanky birthday party back in February 2020 which took place in the middle of a Tutankhamen exhibition in a museum.

And, according to a fan forum, Nonna is part of a family that lives in San Francisco, California.

There’s no suggestion that Nonna is anything more than a friend of the Strictly pros.

ED! has contacted a rep for Giovanni for comment on this story.