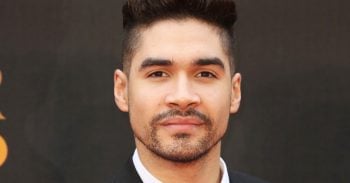 He said her departure made sense

Strictly Come Dancing winner Louis Smith has spoken out about the departure of judge Darcey Bussell, saying the news “wasn’t a shock.”

The gymnast took home the glitter ball trophy back in 2012, after partnering with pro dancer Flavia Cacace.

Speaking to the Express.co.uk, he said that he felt like Darcey’s decision to leave the show made sense.

“It was news, I wouldn’t exactly say it’s a shock,” he said. “When I read the article about her going to focus on other things and desires, you know, it kind of makes sense.

“I’m sad to see her leave, but I’m happy that she’s got her eyes set on something else and will enjoy something different.”

He also gave his opinion on who should fill her seat, saying Anton du Beke should join the judges’ table. He dismissed the idea that he could be a judge himself, saying he didn’t have enough dance knowledge.

“I think someone like Anton Du Beke will do well,” he said. “He’s charming, he’s got a lot of of dancing knowledge and he’s been around for a long time.”

Anton has been one of Strictly’s core pro dancers since it started in 2004, with Brendan Cole’s departure last year making him the only dancer to have been on the show for its entire run.

He’s expressed his interest at stepping into Darcey’s shoes, saying he considers himself “qualified” for the job.

“I suspect there’ll be conversations going on, but it’s one of those things… I’m definitely qualified to do it, I’d love to do it, but we’ll have to wait to be asked in the normal way.”

But becoming a judge on the show would mean giving up on the idea of winning – something the dancer’s said he’d love to do.

In his 16 years on the show, Anton has never bested his third place in series one, and speaking to The Mirror earlier this month he said he’d keep trying till “the bitter end”.

“I’m not going anywhere. I’m staying to the bitter end,” he said.

Commenting on the fact that he’s often paired with older celebrity contestants, he said he was hoping for someone a little more flexible.

“We haven’t seen me win, I’m hoping this is the year,” he said. “I’m going for a bendy one this series.”

Who do you think should replace Darcey? Leave us a comment on our Facebook page @EntertainmentDailyFix and let us know.