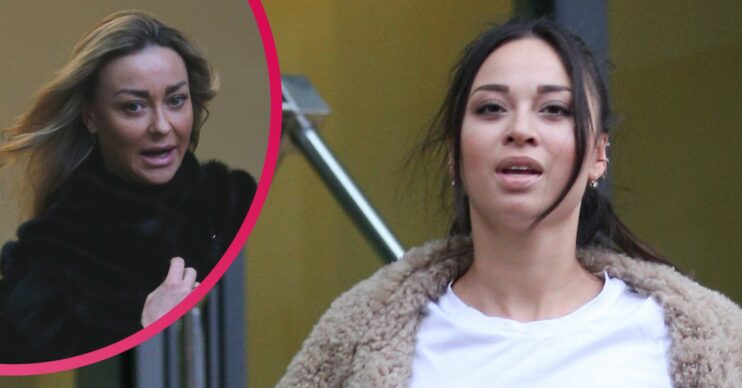 Fellow pros at loggerheads over 2022 series

The Strictly Come Dancing Ukraine storm rages on amid reports of behind-the-scenes drama on the BBC dance show.

Katya is a former Strictly champion, winning in 2017 with Joe McFadden.

Luba joined in 2018 and has come last and second to last while competing.

Two of their professional dancer colleagues are Ukrainian – Nadiya Bychkova and Nikita Kuzmin.

According to The Sun the other dancers are split on whether they want the Russian dancers to remain on the show.

A source claimed to the newspaper that “tensions” are running “high” behind the scenes.

They said: “Tensions are high and there’s a lot of strong feeling about this. Some of the dancers would want producers to make a decision and say: ‘You can’t come back for the next series.'”

It’s claimed that some of the professionals feel it’s in “bad taste” for the ladies to return to the show.

A group of pros have apparently discussed the matter and are “concerned” about it affecting the show and causing a “backlash”.

As a result, it’s said that it feels “inappropriate” for them to return.

According to the source, Katya and Luba are unaware of the feelings of their fellow dancers.

However, they added: “They’ve done nothing wrong and have been gutted by the scenes in Ukraine at the hands of their homeland.

“Some think they should not be punished for something entirely out of their control.”

The claims come after former Strictly professional James Jordan called on them to condemn Russia’s invasion.

He recently tweeted: “I don’t see many of the Russian dancers I know, and have even shared the Strictly dance floor with, openly speaking out about the war against Ukraine.

“But they are still promoting themselves on social media? Very disappointed.”

Read more: Exhausted Strictly pro Nikita Kuzmin’s plea to Brits as he reunites with grandma after she flees Ukraine

Earlier today, Strictly pro Nikita shared his relief after reuniting with his elderly grandmother who fled the invasion.

He shared: “Picked up my grandma from Poland! She is so incredibly brave and strong.

“Two nights without sleeping, walking 8km+ in the freezing cold, when on a normal day, she can barely walk!

She is so incredibly brave and strong.

“She traveled from Kiev [Kyiv], my mom flew from Rome and I drove from Frankfurt and we all reunited in Krakow! Just so happy to be together.”