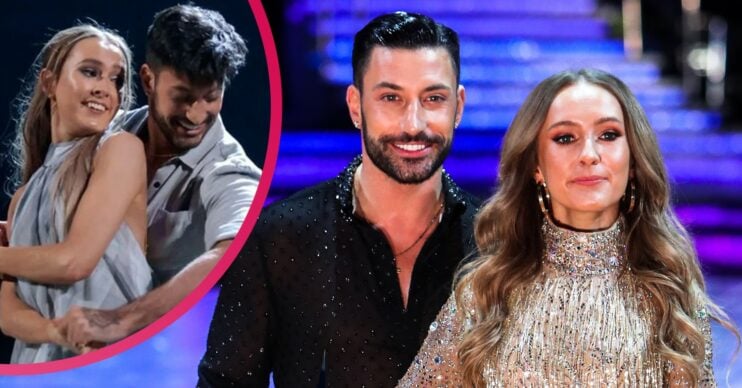 The Strictly cast are currently on the road

The pair previously stunned viewers with their Couple’s Choice routine on the BBC One show.

The touching dance features a silent segment, which highlights what life is like for the deaf community.

Rose and Giovanni have since performed the dance whilst on the show’s live tour.

And they even went on to be crowned winners of the night!

Following the show, Strictly took to social media to congratulate the champions.

On the show’s official tour page it read: “And the winners tonight were… @rose.a.e and @giovannipernice!

The message was accompanied by a picture of Rose and Giovanni.

One wrote: “What a great show last night, pure joy from start to finish (even Craig).”

A second commented: “Just came back from seeing you in Birmingham. Wow what a great night! Fab-ul-ous darlings.”

A third added: “Well done to everyone. The show was amazing and @rose.a.e and @giovannipernice definitely deserved to win.”

But according to some, Rose and Giovanni’s silent routine was interrupted by screaming fans.

What did the tour goers say?

“Was a great show tonight. A shame someone in audience shouted out during the silent part of the dance,” one posted.

Another added: “We were a bit disappointed someone shouted then a few others joined in.”

We were a bit disappointed!

A third commented: “Agree was a couple of them who couldn’t contain their excitement!”

A fourth shared: “I have a feeling they’ll have a better chance in London.”