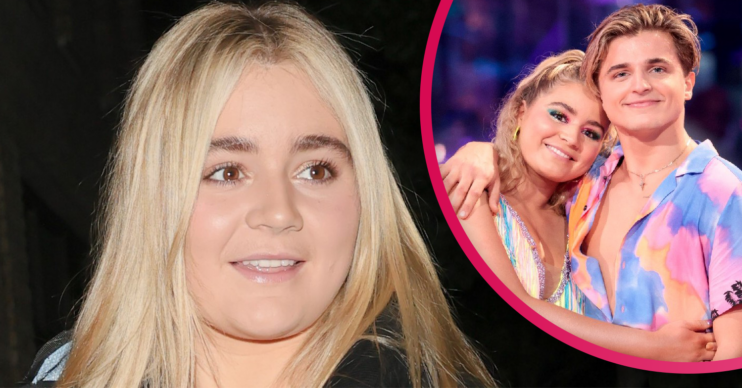 They do make a lovely couple…

The Strictly stars are on the road for the show’s tour, with pros and celebrities sharing behind-the-scenes pictures along the way.

However, one little upload by none other than Tilly Ramsay has got fans heading off to the shops to buy a hat.

She posted three pictures with Nikita Kuzmin last night (January 28) and fans were quick to declare: “Just get married already!”

She uploaded three pictures of herself cuddling up to Nikita with the caption: “Backstage boops.”

The pictures showed the pair posing, then Nikita “booping” Tilly’s nose with his finger.

They looked relaxed and happy in the fun snaps, and this didn’t pass fans by.

One said: “Just get married already!”

Another added: “Look at your both!”

A third said: “Such a cute couple you make.”

Another added: “You are looking so stunning and happy.”

“You two are just the cutest,” another concluded.

‘Tiny’ Tilly urged to ‘look after’ herself

Others pointed to Tilly’s changing shape after months of hard work on the dance floor.

One said: “You look teeeeny don’t forget to eat and look after yourself girl.”

“You look so beautiful,” said another.

What happened when Tilly was fat-shamed?

Of course, the comments come after Tilly was fat-shamed by DJ Steve Allen.

He cruelly called the teenager “chubby” in a radio rant.

Fast-forward a couple of months and Tilly was hitting the beach, showing off her sensational figure as she posed in a bikini.

She was enjoying a well-earned rest with her family, including dad Gordon Ramsay, on a break in the Maldives.

Fans rushed to compliment the star, as she posed in a blue bikini and tiny matching sarong.

Indeed, the pair caught up on an altogether colder beach just last week!