From Brendan Cole to Kristina Rihanoff, how many of these do you remember?

Strictly Come Dancing’s professionals are just as important as the celebrities – if not more.

But over the last 18 years, fans have seen many of the pro dancers waltz off to pastures new.

Here, we take a look at some of those professionals who have quit Strictly…and why they decided to hang up their ballroom shoes.

Fan-favourite Janette Manrara has bowed out of the main show this year – opting to co-host Strictly: It Takes Too instead.

Announcing her decision in June, she said: “One of my favourite parts of doing Strictly has always been to sit down on that couch and just chat away. It’s the most fun.

“I was thinking, ‘This is the coolest job ever. You get to sit down, talk about dancing, make people feel good and celebrate their successes on the show… One day I would love to do that’, and it’s here, here we are!”

There was speculation that Janette, who is married to Strictly pro Aljaž Škorjanec, had quit the main ballroom to start a family.

But hitting back, she has since said: “I’ve said in the past that we want children and we’ll someday have them. Beyond that, I’d like to keep things private.”

But AJ also admitted the long days in the studio had taken their toll.

He told The Sun shortly after his exit announcement: “It took up six months of my life, some days I would work 18-hour days because I was dancing and choreographing.

“I didn’t have a life and I wanted to be able to do more.”

Flavia Cacace was one of the original professionals to dance on Strictly when it launched in 2003.

She was popular with viewers and partnered the likes of Louis Smith, Matt Di Angelo, Jimmy Tarbuck and Phil Daniels.

The pair had met at dance school and had been performing together since 1994.

Vincent finished in fourth place with Louisa Lytton in his first year and came second in 2008 with Rachel Stevens.

But in 2013, both Flavia and Vincent quit the show. The pair said they wanted to focus on their own shows – together and apart.

“Aside from hopefully performing on Strictly, we have lots of new projects ahead which we are very much looking forward to working on,” Flavia said.

This autumn, Vincent is dancing in The Ballroom Boys with former Strictly co-star Ian Waite.

Flavia, meanwhile, returned to Strictly to give her expert opinion on spin-off show It Takes Two just this week.

Brendan Cole stunned fans when announced he would not be returning to Strictly during an interview on ITV1’s Lorraine in January 2018.

The star, who danced on Strictly for 15 series from the start, admitted he was also in shock by the decision to drop him.

Brendan said: “I’m a little bit in shock at the moment. I’m quite emotional and a bit raw about it. I am very disappointed. It’s an editorial decision. I will never know the ins and outs.”

It came a year after he had finally lifted the Glitterball trophy alongside his celebrity partner, and now-girlfriend, Stacey Dooley.

Kev said he had decided the time had come ‘to move on and focus on other areas of his life and career’.

But six months’ later, and after his lead role in stage show Strictly Ballroom was postponed due to the coronavirus pandemic, Kevin had regrets.

He said on his podcast: “I think if I’ve learned anything it’s you never close the door. You just don’t know how things are going to go.

“I thought I was going to be on stage all year and all of a sudden that’s not happening any more.”

Latin American dancer Ian Waite joined Strictly as a pro in 2005 and performed on the show for four series’.

During this time, he partnered the likes of Jodie Kidd and Penny Lancaster-Stewart.

Most notably, however, he also partnered Zoe Ball and together they went on to star on It Takes Two together for four years.

Hot on the heels of Zoe’s departure new, he announced in May this year: “It is with great sadness but also a lot of pride that after ten years presenting Waites Warm Up on #ItTakesTwo the sister show to @bbcstrictly I will be putting away my wand to focus on my dance fitness brand Fitsteps and also my up and coming tour with Vincent Simone The Ballroom Boys.” 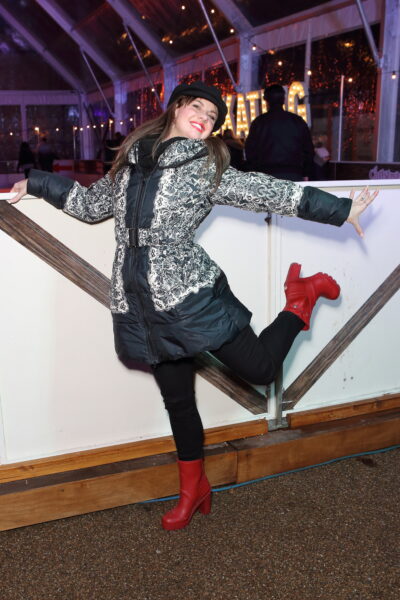 Kevin Clifton’s sister Joanne was a professional dancer on Strictly for three years before her departure in 2017.

She won the fourteenth series with TV presenter Ore Oduba but then decided to walk away.

At the time, Joanne said she wanted to focus on her own musical theatre career. She also holds dance masterclasses.

James Jordan joined Strictly in 2006 and fast became a fan favourite alongside his wife and fellow pro, Ola Jordan.

However, James quit the show in 2014 and did not go quietly.

The BBC said in a statement at the time: “James Jordan was offered a role still on [Strictly Come Dancing].

“It wasn’t to be partnered with a celebrity, but it was to be involved in specials such as Children in Need, that sort of thing. But he declined that. He was offered a reduced role on the show.”

James, meanwhile, tweeted: “WELL TWEEPS. Yes it’s true I WILL NOT be returning to ‘BURN THE FLOOR’…. Sorry, I mean ‘Strictly Come Dancing’… However….

“…do not believe everything the BBC have written in their statement.”

James has since gone on to forge a successful TV career, appearing in shows including The Wright Stuff, Celebrity Big Brother and Total Wipeout.

The Russian-born star quit in 2016 because “creativity was being taken out of her hands”.

She told Hello! magazine at the time: “It’s very intense and it’s worth it if you feel like you are fulfilling yourself as an artist… those moments when you feel you have done great choreography to a great song and a good concept.

“But I feel some of that creativity was being taken out of my hands.”

Artem appeared in a total of four series of Strictly before swapping the UK ballroom for the US version.

He joined Dancing With The Stars in 2014 and last appeared on the American show in 2020.

Last year, Artem also gave Kris Jenner a ballroom lesson during an episode of Keeping Up With The Kardashians.

Ola Jordan joined Strictly alongside her husband and dance partner James in 2006.

She enjoyed 10 successful years on the show, eventually leaving two years after her hubby.

“It’s six months out of your life to do Strictly without any weekends or days off,” she said.

“Being involved with the show was amazing but sometimes you need to know when to hang up your dance shoes.

Seven years after she retired from competing professionally, Karen Hardy joined the cast of Strictly.

Following her departure from the main ballroom, Karen became a regular expert guest on spin-off show It Takes Two.

Together with Anton, she joined Strictly when it launched in 2003 and enjoyed 10 years on the show.

Erin quit after falling pregnant with her husband Peter’s child.

She said at the time: “There’s been much speculation about my absence from this year’s Strictly Come Dancing, but I can now reveal the real reason why I turned it down. Yes, I’m truly excited and delighted to say I’m pregnant.”

Who was your favourite of the Strictly professionals? Leave us a comment on our Facebook page @EntertainmentDailyFix and let us know!