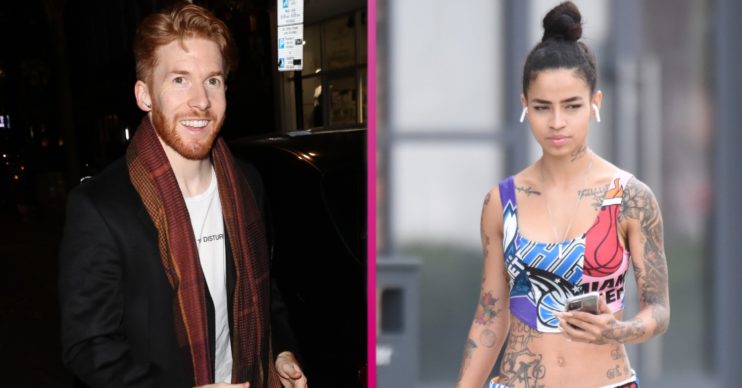 Luisa’s former partner Hannah Wants opened up on her betrayal in a telling post, claiming she was “publicly humiliated”.

Hannah, who was diagnosed with cancer in 2017, says her struggles were only made worse by Luisa’s apparent cheating.

The couple were believed to have split just before Neil and Luisa started dating.

In a lengthy Instagram post, Hannah wrote: “My journey has solely been a mental battle, one that was made worse for a period after I was deceived, betrayed, and publicly humiliated by the person I was in a relationship with.”

She continued: “The true reality of the situation has never been told… (the truth was actually a lot more brutal) but just as I was finishing the egg freezing process (as a precaution more than anything else) and starting radiotherapy I endured an extremely sudden, difficult, and pretty public break up, which only added to the weight of life.

“It was a big kick me whilst I was down moment – or at least that’s how it felt at the time.

“[Bleep] those days and weeks were so tough and the state I was in only added feelings of guilt because I needed to give my body the correct sleep, food and energy to heal from my treatment.”

When did Neil Jones and Luisa Eusse start dating?

Neil, 38, revealed his new relationship back in August.

He shared an image on Instagram, showing the loved-up pair smooching in a kitchen.

According to The Sun, Luisa left Hannah “devastated” by leaving her.

A source told the newspaper: “They were very loved up and planned to get married.

“Hannah has been left completely heartbroken by all of this.

“They were in London sightseeing just last month.”

Has Luisa cheated on Neil?

The dancer reportedly invited Daniela Becerra, 20, back to Neil’s north London home after a night out.

However, a source close to Neil apparently told The Sun: “He was aware of Luisa inviting friends back to his flat. As far as he is concerned, Daniela and Luisa are just good friends. He trusts that nothing happened.”

The couple have since put on a united front amid the rumours.