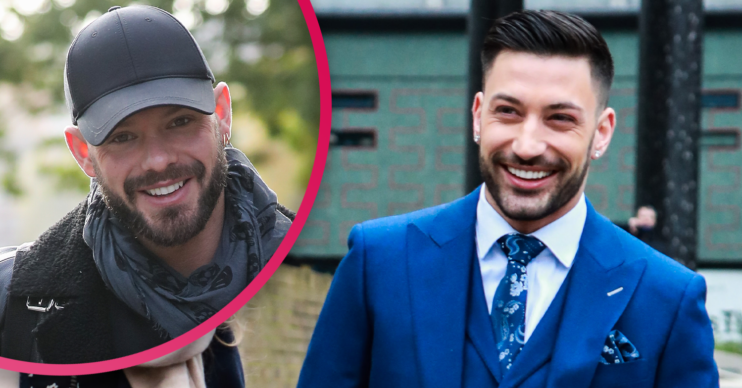 And he did it all for the lovely Rose

Backstage at the Strictly tour looks like a barrel of laughs going by the stars’ Instagram Stories.

Earlier today, Giovanni Pernice was seen working out with a muscly John Whaite.

He declared that after the tour was over he’d have muscles like the Great British Bake Off star.

However, he clearly didn’t expect quite how gruelling John’s workout would be.

In them he can be seen in the gym with buff baker John.

So just to let you know, by the end of the tour I’m going to look like this guy,” Gio said.

“He’s training me. Today is the first day but he’s got some muscles hasn’t he!”

The boys can then be heard moaning and groaning as John works on his arm muscles.

John gets ‘revenge’ on Giovanni

John then reposted the videos onto his Instagram – with an extra post just for Giovanni’s partner Rose Ayling-Ellis.

The picture sees Giovanni attempting what looks like his billionth push up, with his face looking as though it was feeling the strain.

John captioned the picture: “I did this for you babe #revenge,” tagging Rose in the post.

However, it’s not the first time young Gio has been seen getting hot and sweaty.

In the run up to the final partner Rose was seen complaining that he’d dripped sweat on her.

Her face was a picture as she told him: “Erugh!”

“Sweaty,” she declared, poking her tongue out and wiping her hand on her top.

“But you’re very sweaty,” she told him.