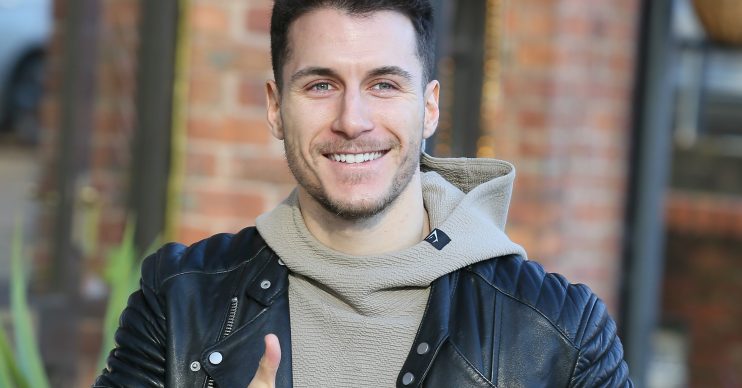 He didn't have a celebrity partner last year

Professional dancer Gorka Marquez will reportedly be waltzing his way back to Strictly Come Dancing after being sensationally snubbed last series.

The Spanish dancer wasn’t given a celebrity partner for the 2019 series although he did take part in the show’s group dances.

He last competed in 2018 when he was paired with Katie Piper.

But now Kevin Clifton has quit the show, it’s been reported that Gorka will be resuming his spot on the dance floor.

A source told The Sun: “Gorka made no secret of his annoyance about being dropped.

“He knows he’s popular with viewers and had his nose put out of joint.

“Gorka has since been told he’ll be coming back into the fold and he’s elated. Bosses knew he was upset by their decision and the public made their feelings clear.”

While behind the scenes Gorka was said to be fuming about the decision, at the time he shared a positive message on social media.

He wrote: “For everybody that’s been asking, I can let you know that this series, I sadly won’t be partnered with a celebrity for the main series of Strictly.

“However, I will still be heavily involved in all of the group numbers and all things Strictly!

Gorka has since been told he’ll be coming back into the fold and he’s elated.

“I’m excited to see this year’s celebs and my fellow professionals dance for the Glitter Ball and I hope to be back fighting for it next year. As always, it’s gonna be a GREAT series.”

The dancer also looked on the bright side saying that the decision meant he got to spend more time with his partner Gemma Atkinson, who he met on Strictly, and their baby daughter Mia.

At the time he said he had ‘the best of both worlds’ because he still got to dance in the group routines but also got to spend precious time at home.

“It’s a great team at Strictly and my little one will be able to see me dance.”

Gorka and Gemma met on the Strictly in 2017 – and the loved-up couple now have an eight-month-old daughter called Mia together.

Are you looking forward to seeing Gorka back on Strictly? Visit our Facebook Page @EntertainmentDailyFix and let us know.