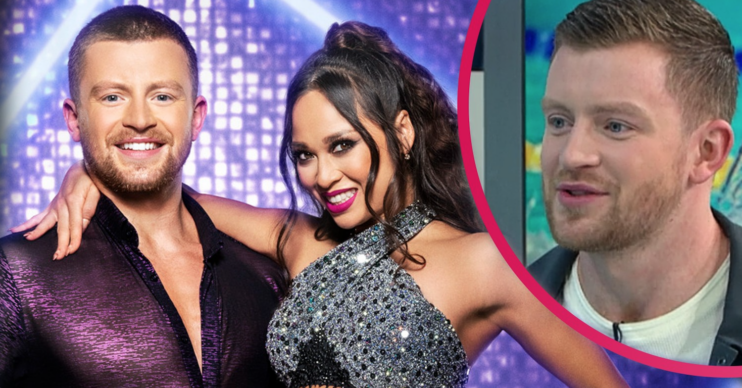 She branded the show a fix!

Strictly star Adam Peaty has branded his exit from the show “bittersweet” and admitted that it left him “mentally and physically” fatigued.

The 26-year-old Olympic gold medalist swimmer appeared on GMB this morning to talk about his experiences. 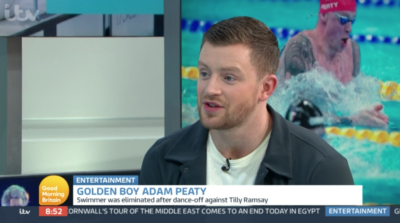 What did Strictly Come Dancing star Adam Peaty say about the show?

Appearing on the show with Ben Shephard and former Strictly contestant Charlotte Hawkins to plug his book, he spoke about his Strictly experience.

Looking back at some of his dances, Charlotte asked if he found the jive physically tough.

“Yes,” Adam replied. “And mentally, because it’s so fatiguing.”

“When you’ve got to learn the dance in three days and then perform on a Thursday, Friday, Saturday pretty much. You’ve got to have it in the bag by Thursday.

He also spoke about his exit from the show.

“I don’t think I’ll ever be over it,” Adam admitted.

“It’s bittersweet because I came out and wanted to do the paso for example, but now I get to do other things.

“I get to spend more time at home with my family, and hopefully get to inspire more people with the book.

“I’m not a negative person, so I’m trying to find the positives.”

What did Adam say about his mum?

Charlotte also asked about his mum, who made an outburst after Adam was eliminated from the show.

His mum Caroline took to Twitter to accuse the show of being “a fix” after he was voted off.

“Total fix and I’m not buying the public vote,” she stormed.

“You know what,” Adam said, “I love my mum so much, she obviously loves me. She was just trying to have my back.”

“But yeah, she was furious. She just wanted to see me do more dances.”