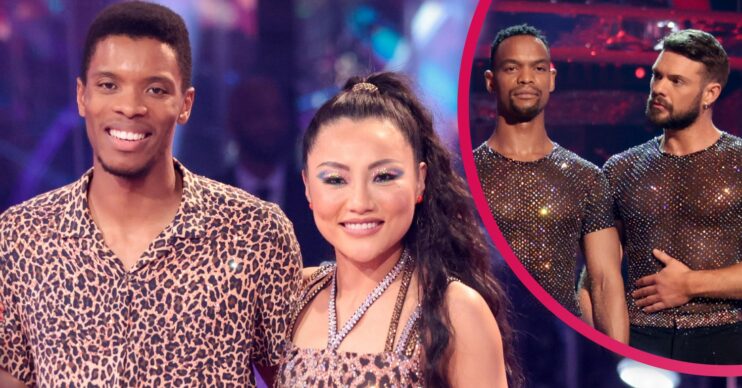 Strictly: Rhys Stephenson misses out on spot in final as he’s voted off

Some viewers thought it was the "wrong decision"

Strictly Come Dancing star Rhys Stephenson has become the next celebrity to be voted off.

Rhys, 28, just missed out on a spot in next weekend’s grand final as he and Nancy Xu were sent packing tonight.

The pair performed two dances last night but it seems it wasn’t enough to keep them in the competition.

Tonight, Rhys and Nancy went up against John Whatie and Johannes Radebe in the dance-off.

However, all the judges decided to save John and therefore Rhys and Nancy were booted off.

This means Giovanni Pernice and Rose Ayling-Ellis, AJ Odudu and Kai Widdrington and John and Johannes are through to the final next Saturday (December 18).

Viewers shared their thoughts on Rhys’ exit on Twitter and many felt emotional to see him go.

One person said: “Poor Rhys, he sounded heartbroken. Never was someone so deserving robbed of a place in the #Strictly final.”

Another wrote: “Absolutely gutted that Rhys has gone, he has been absolutely incredible to watch this series.”

Many others also thought it was the “wrong” decision, as one said: “Completely the wrong decision there from the judges. I like John and Johannes a lot, but that dance just wasn’t on the same level.”

Another added: “Wrong decision for me, Rhys and Nancy should have been saved.”

Meanwhile, others were glad to have John and Johannes in the final.

One person said: “I’m so happy that John & Johannes are through to the #Strictly final.”

Another added: “John and Johannes are in the final…I’m over the moon.”

One wrote: “Huge congrats to John! So happy for him and Johannes!”

Meanwhile, during last night’s show, Rhys and Nancy were placed at the bottom of the leaderboard after their two performances.

They received a total score of 74 points out of 80.

First they performed a Tango to One Vision by Queen and bagged 36 points out of 40.

Later in the programme, Rhys and Nancy danced the Samba to It Had Better Be Tonight by Michael Bublé.