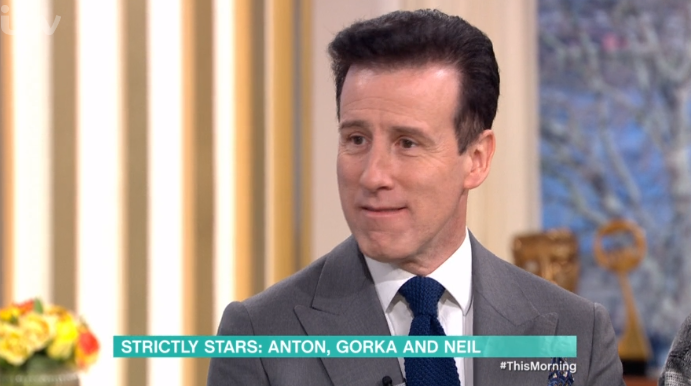 Anton Du Beke has insisted he’s not retiring from Strictly Come Dancing after this year’s series.

There were suggestions from bookies that the dancer could step down from the BBC show after the 2020 series this autumn.

Anton, along with host Tess Daly and judges Craig Revel Horwood and Bruno Tonioli, has been on the show since its launch in 2004.

Ladbrokes spokesperson Alex Apati said: “Anton’s had a ball on Strictly but we reckon he’ll be waltzing off into the sunset after this year’s show is all wrapped up.”

However, during an appearance on This Morning on Monday (March 16), Anton shut down the rumours.

Absolutely not, I don’t know where that comes from.

“Absolutely not, I don’t know where that comes from. No, no, no.”

Anton has made the final three times, once with Lesley Garrett in 2004, with Katie Derham in 2015 and with EastEnders star Emma Barton, 42, in December.

Anton has already been confirmed for the next series and previously insisted he’s not quitting the show.

He told ITV’s Lorriane recently: “Leaving the show? I saw that – absolute nonsense. Made up. Made up before I even left the building. I can’t leave, never! I’m still there.”

Earlier this month, Anton’s co-star Kevin Clifton announced he was quitting the show after seven years.

He said in a statement: “To the entire Strictly family. The past seven years have been some of the most wonderful years of my life.