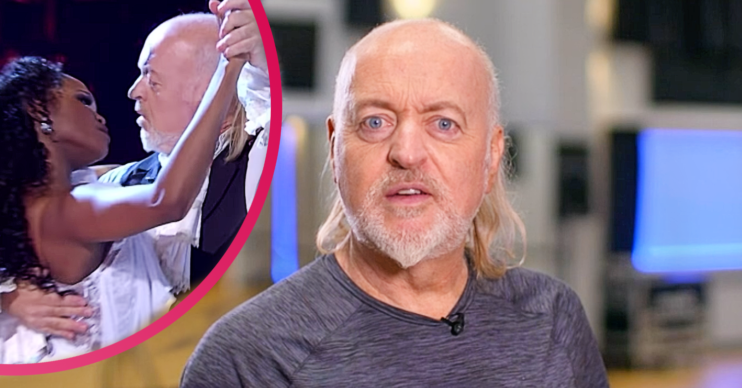 Strictly star Bill Bailey has shown off his incredible weight loss, and his pro partner Oti Mabuse can’t get enough of it.

Oti snapped Bill during rehearsals for the BBC show and the 55-year-old comedian was looking seriously svelte.

What did Oti say about Strictly star Bill Bailey?

The couple have taken this year’s Strictly by storm and obviously get on like a house on fire.

With Bill becoming a hit with judges and fans at home, it’s his weight loss that has also caught the eye.

In her Instagram snap, Oti commented: “Who is this person?

“How much weight did @the_bill_bailey lose?

“Wow – I should definitely run a dance school and help people lose weight through dance.”

Who is this person? How much weight did Bill Bailey lose?

She also thanked Bill’s wife, Kristin, for helping out.

What did Bill’s fans say?

Oti’s comments set off a huge chain of praise from fans who were gobsmacked at Bill’s shrunken waistline.

“Awesome! You two are such a joy,” one said.

Another wrote: “I hope you guys win. I would love to be able to dance with Bill… He is so respectful with you while you dance… And you both still look amazing!”

A third gushed: “Love you two so much, gonna be voting for yer.”

What happened to Bill and Oti this week?

Over the weekend during Musicals Week, Bill and Oti danced the Argentine Tango to the Phantom Of The Opera theme.

He received a full house of eights from the judges, which left him fourth on the leader board.

But Bill and Oti’s amazing popularity with the audience at home saw them through.

Earlier last week, Bill revealed that he’s feeling the pressure to win the competition because his mates are now betting on him.

He’s through to the semi-final, which is one step closer.