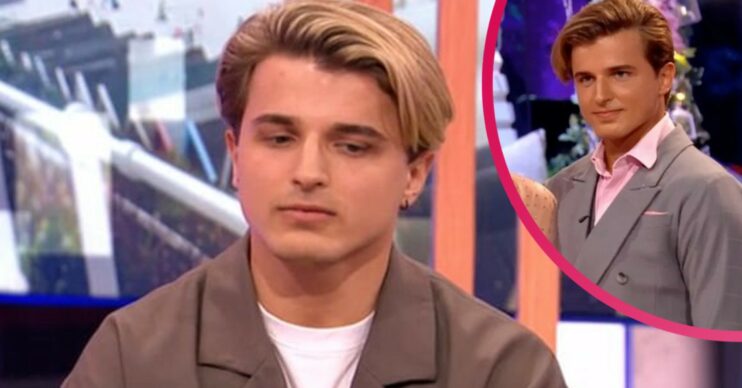 The BBC star has been worrying about his loved ones

Strictly star Nikita Kuzmin has opened up about the personal impact of the war in Ukraine on his family and friends.

The dancer, 24, was born and raised in Ukraine before his family moved him to Italy when he was nine.

As a result, he still has friends and family living in the war-torn country.

During an appearance on The One Show on Monday night, Nikita shared fears about his Grandma’s perilous journey from Ukraine to safety.

“We didn’t know if she would manage on the way from Kyiv to Poland. On the streets in which the bus passes, you don’t know if the Russian troops are going to shoot the bus. We were all the time anxious, there were two-strike points,” he said.

Read more: Exhausted Strictly pro Nikita Kuzmin’s plea to Brits as he reunites with grandma after she flees Ukraine

“On the border she had to walk five miles, she hadn’t walked until last year she had an operation, this is when your instincts kick in and she managed to do all of it and she surprised us.

“She’s just so brave and I just love her so much.”

Strictly star Nikita went on to share that most of his childhood friends have been forced into the army as the war continues to rage on.

“All my friends, all the guys I grew up with, have been training with and competed against in training camps, they are all right now defending the country,” he said.

Nikita says his friends are ‘inspiring’

“Honestly it’s so inspiring to see everyone unite together. I can just feel the love and appreciation from all over the world. In [these] terrible times it’s just one of the things which keep you going.”

He also went on to share how it feels when he sees pictures of his home country being bombed.

Nikita said: “That’s exactly when it hits home. When you start to see the streets on which you’ve been walking. Where you grew up and all your childhood just being destroyed, bombed. Honestly, it’s just heartbreaking. I’m just praying for the best.”

Leave us a comment on our Facebook page @EntertainmentDailyFix and let us know what you think of Nikita’s story.