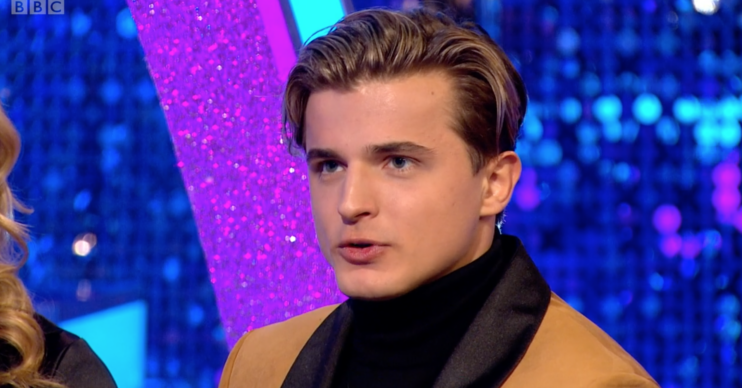 He is still worried for other family members

Nikita Kuzmin has relief etched all over his face as he smiles for a picture alongside his grandmother.

The Ukrainian Strictly Come Dancing pro has been sharing updates about his family in the war-ravaged country – and on Friday he was finally able to reunite with one of his grandmas, who has reached safety in Poland.

Alongside moving photographs, he wrote: “Picked up my grandma from Poland! She is so incredibly brave & strong, 2 nights without sleeping, walking 8km+ in the freezing cold, when on a normal day, she can barely walk!

“She travelled from Kiev [Kyiv], my mom flew from Rome and I drove from Frankfurt and we all reunited in Krakow! Just so happy to be together.”

Nikita explained that he was wearing sunglasses and had covered his grandmother’s face to hide their exhaustion.

This is nowhere near over and the best thing that you can do is help.

Despite his obvious joy to be with his grandmother, he is still concerned about other family members – and spoke of the terrible struggles of his country’s people.

He added: “Unfortunately still have my aunt, grandma and grandpa in Kiev.

“How many thousands of kids and women doing their absolute best to stay strong.

“I’ve seen people arriving from the border, people waiting for the next train to go somewhere, anywhere in hope that somehow things would be ok.

“People not knowing what to do, since all what they have known as home, it’s not there anymore.”

Nikita, who joined Strictly last year, also spoke of the incredible kindness he had witnessed.

“Also appreciating how incredible people are. Incredible organisation from every side. How they pick you up in the city and people being so kind to help.”

“At the border, with food, temporary accommodation, transportation.”

“At the train station as soon as you arrive the volunteers give you next directions, water and food. And so so many other things which are behind the scenes.”

Nikita finished his message asking people to continue to do donate and help in any way they can, concluding: “This is nowhere near over and the best thing that you can do is help anyhow, just DO SOMETHING.”

Nikita, 24, struggled to maintain his composure during an emotional appearance on Lorraine last week.

He urged the UK government to help as he spoke of the ‘incredibly scary’ situation as the ‘Ukrainian people fight’ and ‘defend our country’ against Russian invasion and attack.

Leave us a comment on our Facebook page @EntertainmentDailyFix and let us know what you think of Nikita’s story.