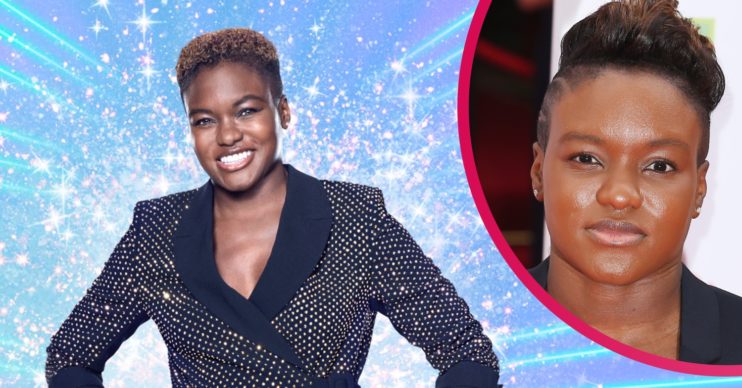 Strictly hopeful Nicola Adams has confessed she’s likely to get “annoyed” behind the scenes of the BBC programme as it will be a “huge challenge” for her.

The professional boxer, 37, admitted she will probably end up fuming at herself if she struggles to get her steps right during training for Strictly Come Dancing.

However, the Olympian – who will be one half of Strictly’s first same-sex pairing – joked that, for viewers at least, seeing the footage will be hilarious.

Speaking to ED! and other publications, Nicola said: “I’m going to get frustrated [if I get something wrong].

“I’m going to get annoyed with myself when I can’t get my steps down right and the routine down right. And it’s going to be funny seeing the behind the scenes with me training.”

Asked how big of a challenge Strictly Come Dancing is likely to be for someone who has boxed professionally, the Olympic gold medallist said: “I think this is going to be a huge challenge for me.

“Just because it’s totally out of my comfort zone. I’m used to being in the boxing ring and this is going to be a totally different kind of ring… learning routines…

I’m going to get annoyed with myself when I can’t get my steps down right and the routine down right.

“It’s going to be exciting, though. I’m looking forward to it.”

Nicola also said she thinks all the training she has done for boxing will give her “a bit of an advantage” over her co-stars – although she thinks EastEnders star Maisie Smith could provide tough competition.

“I have the fitness side down,” she explained. “I’m quit light on my feet. I’m used to being on my toes. I know a lot of the dances you have to be on your toes so I’m hoping that gives me a little bit of an advantage.”

Speaking about the other hopefuls, she said: “Everybody could be really good once we start.

“I guess maybe Maisie [will be my biggest competition] because she’s already danced before so she knows what she’s doing. So I think maybe she’ll be a front runner.”