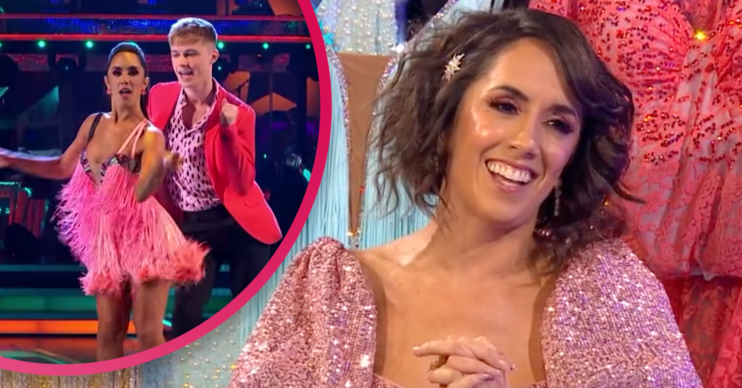 Saturday's final is going to be epic!

Janette, who left before the 2021 series to host BBC2 spin-off It Takes Two, announced the news while chatting to head of wardrobe Vicky Gill.

And it’s fair to say that fans of the Strictly star are thrilled that the popular pro is returning.

Strictly news: What did Janette say about her return?

Janette teased the news during a chat with Vicky as she revealed she’s been back in wardrobe this week.

“Shall we let them in on the secret?” she teased.

The star then revealed that she was returning to the show as a pro – for one night only.

“So everybody, I will be dancing in the Strictly Come Dancing final. Get in!” she squealed.

She then revealed how the gig came about.

“I begged and begged and they couldn’t turn me away. I’m really excited,” she said.

What is Janette doing in the Strictly final?

She then revealed that Ed Sheeran is going to be performing in the final, but saved the best news for last.

Aljaz and Janette are dancing together in the final 🥰 #ittakestwo #strictly pic.twitter.com/tO0YaIKpSW

How did Strictly fans react?

It seems Janette’s fans are just as excited as the pro about her return.

Indeed, Twitter was a joyous place indeed once Janette announced the Strictly news.

One said: “@JManrara is dancing in the #Strictly final with @AljazSkorjanec. Great to have you back where you belong Janette.”

Another added: “Yes! Have missed janette on the dance floor.”

A third commented: “Brilliant news that the amazing @JManrara will be dancing on #Strictly – we have missed you.”

The Strictly Come Dancing 2021 final airs Saturday (December 18) at 7pm on BBC One.