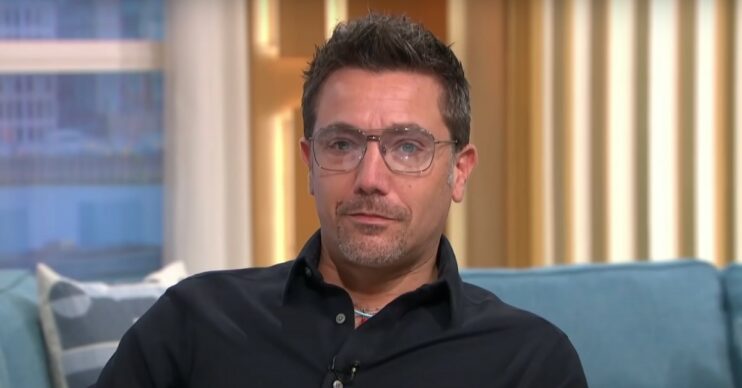 Strictly news: This Morning chef Gino D’Acampo to sign up for 2022 series?

Could we finally see the Italian on the show?

The latest Strictly Come Dancing news claims Gino D’Acampo is set for a stint on the ballroom floor in the next series.

Strictly bosses are reportedly keen on signing the Italian chef up for the 20th series, which will air later this year.

Strictly news: Gino D’Acampo to be signed up?

With the 20th series of Strictly coming up later this year, bosses are reportedly planning something special.

If reports are to be believed, they’re going to aim high too – by signing Gino up for a stint on the ballroom floor!

But they view Gino as someone who has universal appeal.

A TV insider spoke to The Sun about Strictly bosses’ plans.

“Every year the team behind the show want to get the perfect balance of stars, whether it’s for their sex appeal, humour, or if they are a particular draw for older or younger viewers,” they said.

“But they view Gino as someone who has universal appeal, who is up for a laugh and more than capable of keeping audiences entertained,” they continued.

“He also has serious star appeal, having been on This Morning for 13 years and winning I’m A Celebrity.”

If the reports are true, this won’t be the first time that Strictly bosses have tried signing Gino up for the show.

According to the Italian chef, Strictly bosses have tried to get him on the show before.

Gino revealed this nugget of information to Gordon Ramsay and Fred Sirieix in an episode of their Road Trip series back in 2019.

“That show would require a lot of time and training. Who has got time for that? Not me…not at the moment,” he said at the time.

It remains to be seen whether Gino will have the time to do Strictly this year.

ITV has still yet to confirm whether Family Fortunes, the show he presents, is returning.

In other Strictly news, following a string of exits from the show, one dancer has confirmed he’ll be sticking around.

Earlier this week, current Strictly champion Giovanni Pernice revealed that he’s going nowhere, despite a number of his co-stars leaving the show.

When asked whether he would be the next to leave, the star told the Radio Times: “It’s not in my DNA to quit anything.”

He continued, saying: “I’m very competitive. So let’s bring on the next challenge.”

Giovanni has been on Strictly since 2015 and finally won it last year with Rose Ayling-Ellis.

Whilst Giovanni is staying, Aljaž Škorjanec and Oti Mabuse have confirmed that they’ve left the hit BBC show.

Do you want to see Gino on Strictly? Head to our Facebook page @EntertainmentDailyFix and let us know.