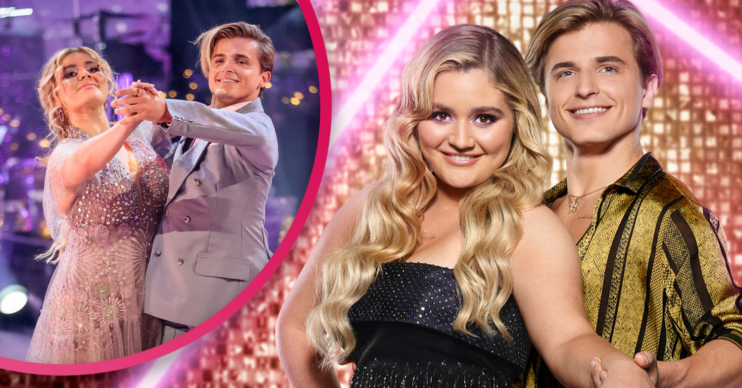 Strictly Come Dancing stars Tilly Ramsay and Nikita Kuzmin have been making news headlines since before they even stepped foot on the dance floor.

The young, good-looking pair have certainly captured the heart of the nation.

And, in return, the nation clearly thinks there’s more to this pair than a professional dancing partnership.

Now body language expert Darren Stanton has weighed in, and he has said the “passion” between the pair is “electric”.

His comments will doubtless do little to dispel rumours of the Strictly curse striking the couple.

Of course, Tilly is thought to be single but Nikita has a girlfriend – dancer Nicole Wirt.

She has given the couple her support and Tilly has denied a romance with Nikita is on the cards, despite their obvious chemistry.

What did the expert say about Strictly stars Tilly and Nikita?

Speaking to Betfair Casino, body language expert Darren Stanton took a look at all the Strictly couples – and delivered his verdict on Tilly and Nikita.

Look away now, Gordon (and you Nicole!).

Read more: Robert Webb says he ‘didn’t really have a choice’ when it came to leaving Strictly

Darren noted that the couple had a “deep rapport” but also commented on their “passion”.

He said: “The energy, passion and level of deep rapport between these two is electric.”

However, he has some doubts about whether the pair will make the final of the BBC dance show.

He added: “While I don’t think they will make the final, they could definitely go some way further into the competition.”

Who is favourite to win Strictly?

The bookies seem to agree.

Yesterday (October 13) bookies released their odds, noting those in the firing line this weekend as well as favourites to lift the trophy.

John Whaite is the current favourite with odds of 6/4.

Tilly, meanwhile, has odds of 40/1 when it comes to her chances of winning the show.

She’s certainly got the moves, so are the British public underestimating the youngster?

Strictly Come Dancing is on BBC One Saturday (October 16) at 7pm.