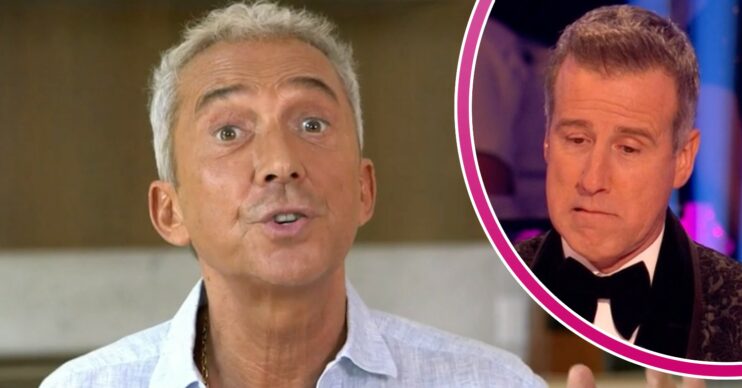 His slot will be filled by Anton du Beke going forward

Bruno Tonioli has opened up about the “impossible” circumstances he faced in the latest Strictly Come Dancing news.

It was confirmed in May that Bruno‘s judging slot will once again be filled by Anton du Beke in 2022.

The veteran pro filled in for the Italian BBC dance judge in 2021 as Bruno faced an international commute due to his Dancing With The Stars commitments in the US.

However, Anton will now take over the role permanently – and Bruno has described his exit as a ‘complicated situation’.

Speaking to MailOnline, 66-year-old Bruno admitted he will “always” miss appearing on the series.

He also insisted he still regards those associated with the show as “family” and maintained everyone would remain friends.

However, Bruno noted the travel issue meant appearing in both series was beyond him.

The situation is too complicated but they’re all my brothers and sisters.

He said: “At the moment, you know it’s just as impossible. You know the situation is too complicated but they’re all my brothers and sisters, we’re all loving each other. No hard feelings, they’re great – they do a great job.”

Furthermore, the flamboyant star didn’t rule out a return someday… but he didn’t give much hope of it happening anytime soon.

Bruno went on: “No one knows what’s going to happen in the future. But at the moment I do the American show but I can’t do the travel. It is impossible.”

Bruno also congratulated his replacement for carving out his own presence on the show after switching from the dance floor to the judging panel.

Read more: Gemma and Gorka’s pledge to each other during Strictly Come Dancing

Reflecting on how Anton did for the 2021 series, Bruno complimented him: “He’s very good because he’s done it his way and the only way to make it work is to make it yours. Forget whoever did it before you and that is why he’s done a very good job.”