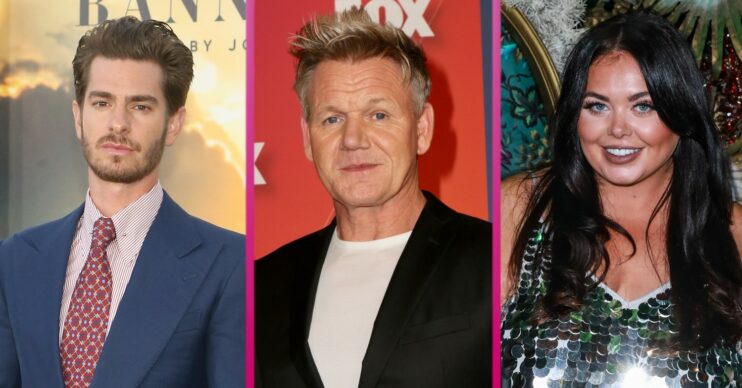 There are some big names being rumoured this year!

The 2022 series isn’t too far away and, as a result, speculation has already started over which celebrities will be appearing on the show when it returns.

The favourites to be competing have now been revealed by bookies – and there’s a surprising name in the top spot!

Speculation is rife over who will be taking part in the upcoming series of Strictly – and now the favourites have been revealed.

In a surprising turn of events, celebrity chef Gordon Ramsay is currently the bookie’s favourite to take part in the next season.

William Hill have Gordon at 11/8 to follow in daughter Tilly‘s footsteps and take to the ballroom floor later this year.

Tony Kenny, a spokesperson for William Hill, discussed Gordon being a favourite to take part in the show.

“Gordon Ramsay has stated that he wants to give dancing a go, so might he be set for a stint on this year’s Strictly Come Dancing?” he asked.

Peter Crouch to bring his robot to the Strictly floor?

Tom Kenny then went on to speak about some of the other favourites for this year’s series.

“A whole host of celebs have been mentioned as possible contenders, including Peter Crouch,” he said.

“The former footballer was not shy of getting the dance moves out on the pitch, so it wouldn’t be the biggest shock if he tried his hand on Strictly.”

William Hill currently have Peter Crouch at 7/1 to be on the show.

Gogglebox star Scarlett Moffatt is just behind Gordon at 6/4, as is Jake Quickenden.

Spiderman star Andrew Garfield is at 4/1, whilst Louis Theroux is at 5/1.

Among the favourites to appear on the show this year is another celebrity chef – Gino D’Acampo.

William Hill have him at 5/2 to appear on the ballroom floor later this year.

And it turns out that Strictly bosses are actually reportedly eyeing up the star for this year’s series!

A TV insider spoke to The Sun about Strictly bosses’ plans.

“Every year the team behind the show want to get the perfect balance of stars, whether it’s for their sex appeal, humour, or if they are a particular draw for older or younger viewers,” they said.

“But they view Gino as someone who has universal appeal, who is up for a laugh and more than capable of keeping audiences entertained,” they continued.

Strictly returns later this year on BBC One and BBC iPlayer