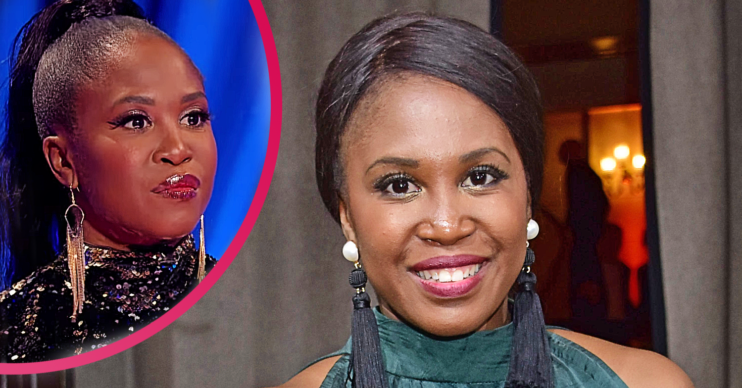 Strictly: Motsi Mabuse leaves Twitter after fans accuse her of being ‘drunk’ during weekend shows

The South African dancer, 39, issued a final message that urged fans to follow her ‘strictlykindness’ hashtag.

The move comes after fans accused her of being ‘drunk’.

She also issued the same message in her Instagram Stories.

Is Motsi drunk? Jamie and Karen were SO much better! #Strictly

What did fans say about Motsi?

During the results show, Motsi decided to save JJ and Amy in the dreaded dance-off.

She also had problems with her paddle while scoring Maisie Smith’s jive.

Motsi reached for paddle but dropped it and struggled to pick it up again.

Is Motsi drunk? Jamie and Karen were SO much better?

One asked: “Is Motsi drunk? Jamie and Karen were SO much better?”

“Motsi is drunk,” another stated.

Finally, a third said: “She’s been slurring her words and dropping paddles.”

Is the Strictly judge too loud?

Motsi has had an up-and-down series.

The dancing star had to make a last-minute dash to her home in Germany after a break-in at her dance school.

That meant she had to self-isolate on her return to the UK and had to miss two shows.

Anton Du Beke took over in her place.

After she returned, fans criticised her and claimed she was too loud.

One said: “I forgot the screech of Motsi’s voice. Chalk down blackboard. Much prefer Anton. #Strictly.’

ED! contacted the BBC for comment on this story.