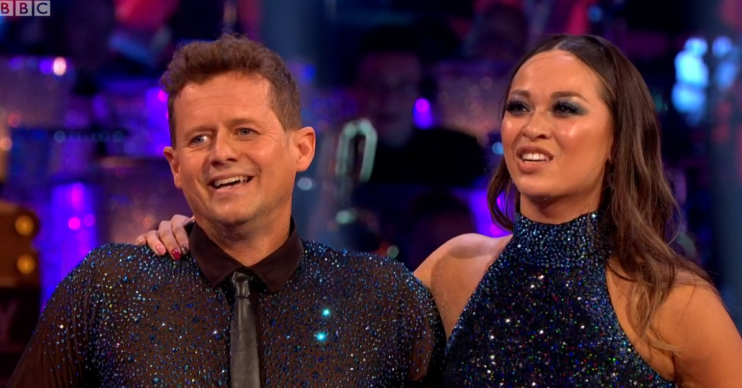 Partner Mike Bushell is blaming himself

She fell over twice during Saturday night’s Strictly Come Dancing and now it’s been revealed that Katya Jones also crashed her car ahead of the live show.

Katya fell as she danced the cha cha to It’s Raining Men with her celebrity partner Mike Bushell.

She also tripped when she got to the top of the stairs to chat to Claudia Winkleman after finishing the dance, which she said was “on purpose”.

Read more: Fans react to the news that Pizza Express is struggling with debt

Opening up to BBC Radio Solent, he said: “Since she’s started training with me she’s crashed her car, not seriously, but into a hedge – the car was damaged.”

He added: “She’s also hit me with a stick, hit me in the face and now fallen over on the dance floor.”

Mike continued: “She’s worried my clumsiness is rubbing off on her. I’m known for being a bit clumsy after I fell into a swimming pool at the Commonwealth Games.”

He also revealed that their dance on Saturday night almost ended in disaster, as Katya went to grab hold of Mike’s tie to stop herself from falling.

Guys ! This is so hilarious! Me trying to hold on to @mikebreakfast tie! And then all I cared about is him finishing the routine, so I kept shouting – go! Go! Finish it!! https://t.co/IrANSaC4Dp

He said: “It was very surprising, because she pushed me away like she was meant to and then I was meant to get into the zone for the glitter coming down.”

Mike added: “And then as I was pulling away I saw her fall over. She tried to grab hold of my tie and if she had done I might have gone over as well.”

Ever the professional, Mike hesitated to ask if Katya was okay and she told him: “Carry on, go back.”

While she hasn’t opened up about the car accident, Katya did reveal that her second fall was, in fact a joke.

FYI I did it again on purpose in Claudia’s area! And im def not drunk as some people think.

During the 2018 series, Katya hit the headlines – not the dance floor – for snogging her celebrity partner Seann Walsh.