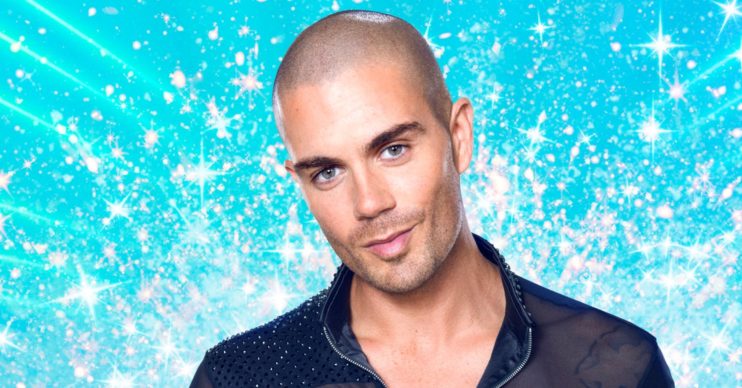 Strictly star Max George has spoken about a dancing disaster he once had on the set of US TV series Glee that saw him grab a woman by the face.

The Wanted singer, 32, joked about his lack of dancing skills at a recent press event and said it had been a problem for him “for over a decade”.

Asked if he feels under pressure on Strictly Come Dancing because his bandmate Jay McGuiness won the series in 2015, Max said that wasn’t the case at all.

What did Strictly star Max George say about his dancing skills?

In a chat with ED! and other news outlets, he explained: “Jay was always a top dancer, even when we started the band. I remember in the audition process for the band, I nearly didn’t get in because of dancing.

“So that’s been a problem for me for over a decade. Jay was always the one that, if we ever did any staging or movement, he would always choreograph that.

“I wouldn’t say it’s pressure, I always look up to Jay in that sense… if he can give me any tips, then great.”

Speaking further, Max recalled an incident on the set of Glee when he nearly dropped his dancing partner.

Max joined the show as Clint in series six, which aired in 2015.

“We had one day of rehearsal and then we’d film,” he explained. “I had a body double for certain things that were just out of my range.

I had to catch her by the face, which wasn’t cool. And after that, they brought this guy in.

“I remember there was a lift that I just couldn’t get and one of the dancers I was working with, I actually nearly dropped her.

“I had to catch her by the face, which wasn’t cool. And after that, they brought this guy in and were like, ‘He’ll do that bit’.”

Elsewhere in the conversation, Max said he initially thought he was fit enough for Strictly, but a film he was working on had effectively put an end to his workout routine.

He said: “I was trying to get myself fit and then this movie, the hours and stuff. I haven’t had time to work out. So I’ve not been working out and I’ve been getting fed jam roly-poly.

“I’ll need to get back to working out. I actually had a measurement again today, I had one three weeks ago, and I’m pretty sure I’m in bigger sizes already.”