Kelvin Fletcher and Oti Mabuse sent Shirley Ballas' temperature through the roof and her cheeks burning during week four of Strictly Come Dancing.

The pair performed a Rumba and the chemistry was off the scale.

I swear every time Kelvin dances a woman in the UK gets pregnant!

Each judge scored them nine, giving them a very impressive 36 points!

Judging by the comments on Twitter, the routine was steaming up viewers' living room windows at home, helped no doubt by rippling Kelvin's see-through shirt! 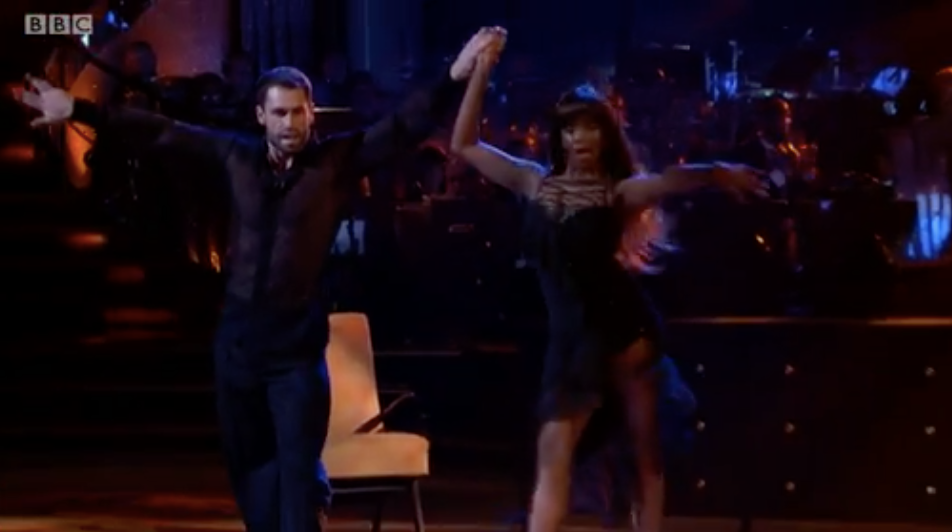 Ffs Kelvin... Thank god you're on this 😍😍 that Rumba was amazing #Strictly @kelvin_fletcher @OtiMabuse

Yeah, @kelvin_fletcher was amazing, but can we just talk about how 🔥🔥🔥 @OtiMabuse is please 😍

I swear every time Kelvin dances a woman in the uk gets pregnant!!! That man and his hips 😍😍 #StrictlyComeDancing #kelvin #Strictly

Read more: Another EastEnders fave eyeing up show for next year?

Did the routine leave you undone?! Leave us a comment on our Facebook page @EntertainmentDailyFix and let us know what you think.