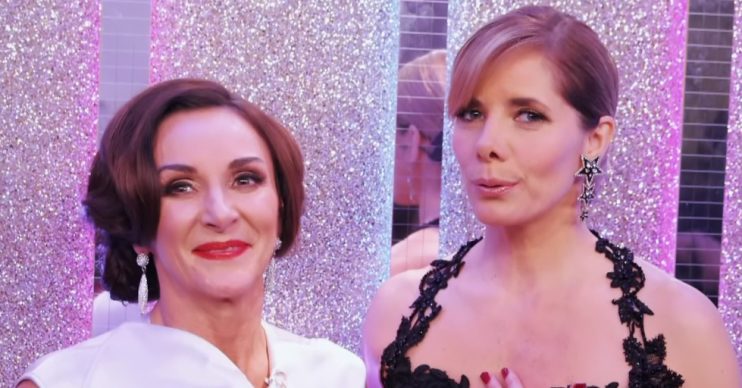 Star opens up about insecurities

First, professional dancer Dianne Buswell had to plead with her social media followers to stop sending the judge death threats, after they blamed her for Dianne and partner Dev Griffin’s early exit.

Then Shirley revealed that, as a result of her “tough week”, she decided to hook herself up to a vitamin drip because she was feeling “under the weather”.

Now the star has spoken out about her insecurities when she joined the judging panel of the BBC One dancing show.

Read more: All the best looks from the Duchess of Cambride’s royal tour wardrobe

Shirley told the Daily Mail that she felt so insecure when it came to sitting next to former ballerina Dame Darcey Bussell that she took drastic measures to lose weight.

I had a little phase at the beginning, you know, when I was sat next to this really beautiful lady, Darcey Bussell, that I stopped eating.

Said Shirley: “When I first went on Strictly I had a little phase at the beginning, you know, when I was sat next to this really beautiful lady, Darcey Bussell — this ballerina, this Snow White beauty — that I stopped eating.”

Shirley said the phase continued “until I looked at myself and realised I looked so gaunt”.

The gorgeous star – who now has a handsome toyboy beau – revealed that she’s been plagued with insecurities her whole adult life.

Read more: Emotional Meghan opens up about struggling with motherhood in the spotlight

And she said that, over the years, people have been pretty unkind to her.

Shirley admitted: “Over the years there have been things said you wouldn’t say to a dog, let alone a person. But I just keep moving on, keep trundling on, keep swimming upstream.”

However, things changed for the star when she met actor Danny Taylor last Christmas, when they both appeared in the pantomime Jack And The Beanstalk in Liverpool.

Last weekend, the Strictly judges were slammed for what viewers see as the most controversial elimination of the series so far.