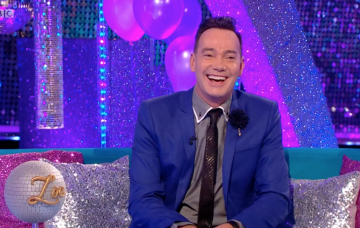 Watch out Walford: Craig Revel Horwood’s coming for you!

The acid-tongued Strictly judge has revealed he wants to land a role on a soap.

The 53-year-old professional dancer says that he would love to branch out into acting because he doesn’t want to only be known as the judge on BBC One’s Strictly Come Dancing.

The TV star told Bang Showbiz: “I would be up for a soap, absolutely, I wouldn’t rule anything out.”

I try not to get typecast but I am sort of the villain at the moment, but I’d love to play a variety of characters, I love drama, I love acting.”

“I try to do something new every year and try not to get pigeonholed into any one type of thing. I keep myself very much open.”

But fans of Strictly needn’t worry they’re about to lose another judge following the departure of Len Goodman two years ago.

Craig has insisted that his Strictly schedule leaves him free to broaden his career because it is “just a Saturday job”.

The dancer, choreographer and theatre director added: “Of course Strictly is fantastic because it’s just a Saturday job – I can do everything else Monday to Friday.

“Of course in the TV industry you’re never safe, you can never guarantee that you’re coming back, but I do tend to keep those Saturdays free…

“But I don’t get booked until about May or June, hopefully they want me back every year.

“I’ve had a blast doing it from the beginning and I’ve been very, very lucky to have been given that opportunity. I still enjoy it, I love it and it’s different every year and that’s what’s great about it.”

Would you like to see Craig in a soap? And which one? Leave us a comment on our Facebook page @EntertainmentDailyFix and let us know what you think.