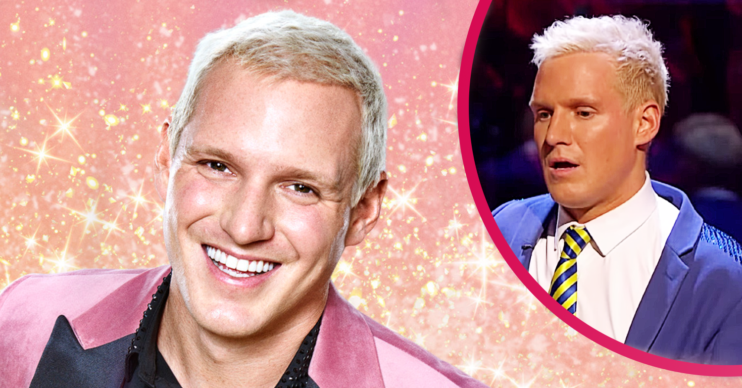 Strictly: Jamie Laing fans slam viewers for hating on him because he’s ‘posh’ and ‘rich’

Strictly star Jamie Laing was involved in the dance-off yet again this weekend, with the star facing a torrent of abuse on social media after the judges opted to save him over JJ Chalmers.

Made In Chelsea star Jamie‘s last-gasp escape once again angered many viewers, who took to social media to voice their annoyance at the decision.

And, after Jamie bore the brunt of complaints from Strictly fans, who slammed the star calling him “posh” and “rich”, his loyal fans have rushed to his defence.

What happened to Jamie Laing on Strictly at the weekend?

Jamie and pro partner Karen Hauer took to the dancefloor to perform a jive to Everybody’s Talking About Jamie from the musical of the same name.

And, while they both received sold marks, they were voted into the dreaded dance-off.

‘Both couples lifted their game’

She said: “Both couples lifted their game, I adored both performances very very much, and both couples made small mistakes, both couples.”

“But on a more powerful performance and through difficulty of choreography and through sheer determination, I’m going to save Jamie.”

But it wasn’t long before Jamie began to receive abuse online from angry fans.

Absolute disgrace! JJ was robbed, posh boy Jamie was a complete #carcrash he made so many mistakes… #Strictly

What did fans say about Jamie on Strictly?

“Also, JJ danced rings round Jamie who was just jumping about on desks FFS!”

Another screamed: “What a load of rubbish, Jamie’s routine was utter basic, JJ was way more technical. Hmm, posh boy gets a pass.”

You’ve been fantastic, ignore the naysayers and the armchair critics. You should be proud of your accomplishments.

However, Jamie’s fans were soon out in force, showing their support for the MIC star and slamming those who had slated Jamie because of his background.

“You did SO well Jamie!! Please don’t read the comments on the official Strictly pages, ignore them! You’re a good dancer who works hard and deserves your place in the semi final,” said one.

“Well done to you both!! You’ve been fantastic, ignore the naysayers and the armchair critics. You should be proud of your accomplishments,” another said.

“That Charleston was pedestrian. Jamie has more dancing ability. Problem for him is he is hated for having money,” said another.

‘My confidence was shattered’

This is the third time Jamie has been in the dance-off during this series.

And, after he appeared in the dreaded elimination round after the first week, he admitted that it had shattered his confidence.

He told The Sun: “My confidence definitely got shattered after being in the dance-off, I’m not going to lie. It wasn’t that high at the beginning anyway.

“It’s one of those things, Karen just said to me: ‘Look, we get to dance again’, and that’s so true.”

And Jamie will indeed be back to dance again next week… in the semi-final!