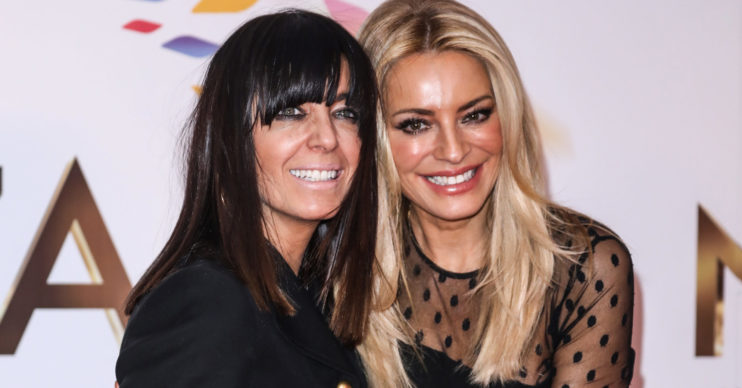 Strictly hopes to bring ‘sparkle’ to the nation with highlights series

The three-part series is due to air later this year.

Strictly Come Dancing fans are in for a treat as a special series looking back at some of the show’s highlights has been announced.

The upcoming three-part series will reflect on the best bits from the BBC One show’s movie, musical and Blackpool weeks over the years.

It is hoped it will deliver some “Strictly sparkle” amid the coronavirus pandemic.

The series will be hosted by regular presenters Tess Daly and Claudia Winkleman from home and judges Craig Revel Horwood, Motsi Mabuse, Shirley Ballas and Bruno Tonioli will also appear.

Audiences can expect fun home videos from the Strictly professionals, and viewers will be able to send in home-made content.

Kate Phillips, Controller of BBC Entertainment, said: “Strictly Come Dancing has produced so many magical and memorable moments in the movie, musical and Blackpool weeks – the three special episodes will look back and celebrate these, bringing some much needed Strictly sparkle to the nation.”

Will Strictly go ahead this year?

Many television shows and movies are on hold as a result of the coronavirus pandemic.

However, at the moment Strictly’s 2020 series is on course to ahead.

BBC boss Dan McGolpin recently said during an interview on BBC Essex: “It wouldn’t be the same if we didn’t have Strictly in the autumn, would it?”

“Of course the BBC is doing everything it can, and I know that everyone involved in that production team would absolutely love that to happen this autumn,” he said.

“So we’ve really just got to keep watching the government advice, thinking about what’s possible.

“And if there’s any way of bringing Strictly back this autumn, then we absolutely will.”

Celebrities rumoured for the dancefloor this year include actress Michelle Keegan, singer Cheryl and I’m A Celebrity… Get Me Out Of Here! winner Jacqueline Jossa.

There is also talk about reality star Jamie Laing signing up for the ballroom competition.

The Made In Chelsea star was a contestant last year but was forced to pull out after hurting his foot during rehearsals, and is apparently keen to have another go.

The special Strictly series is due to air on BBC One later this year.

Who would you like to see in this year’s line-up? Leave us a comment on our Facebook page @EntertainmentDailyFix and let us know where you stand.