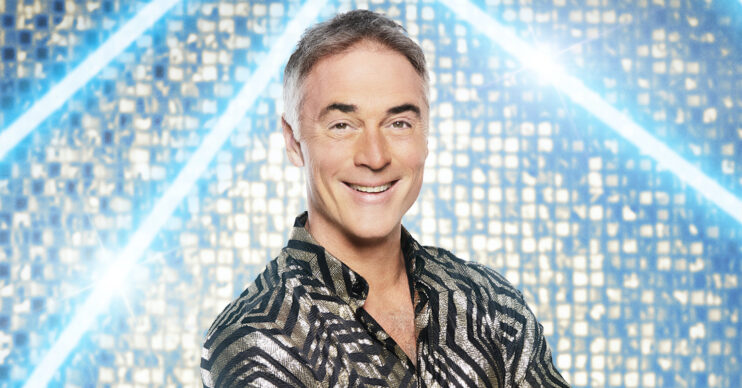 Actor believes Clare is guiding him through

Greg Wise is putting everything into his Strictly Come Dancing stint – and with powerful reason.

The actor’s late sister Clare was the biggest fan of the BBC One show and he is doing it all for her.

Clare, who died aged 51 of bone cancer in 2016, was even buried in a glitterball coffin.

And she is at the forefront of Greg’s mind tonight as he and partner Karen Hauer perform his Couple’s Choice routine.

Greg, 55, told It Takes Two: “We are doing our Couple’s Choice this week. And this is the reason I am on Strictly – for my disco diva sister, Clare.”

He feels his sister’s ghost is guiding him through Strictly, adding: “She has her hand at the small of my back, now, guiding, enthusing, chiding.”

Greg and Karen, 39, are dancing to Gordon Lightfoot’s If You Could Read My Mind, which, he explains, is “about lost love, and the sadness of the unattainable”.

He continued: “But within this feeling of loss, within our dance, is an explosive meeting, as if in a ghostly dream, coming together and moulding, celebrating, and finally parting.

“I hope I do it without sobbing. Or falling over.”

The siblings were incredibly close, living on the same street and holidaying together as adults.

And when Clare’s illness grew worse, Greg became her carer 24/7, even taking over the blog she had been writing about her experience of the terminal disease.

He was by his sister’s side when she died and has said in a previous interview it was something of a relief.

“I was relieved when it happened. It was untenable for her and had been for a long while. She was finding a reason to open her eyes every morning and I think I was part of that,” he told The Sunday Post.

Greg, who is married to Dame Emma Thompson, 62, has thanked therapy for helping him prepare for Clare’s death and the grief that followed.

“I’m intrigued how people are suspicious about folk who go to therapy. It saved my life.

“It would have been very easy to have been broken by this. But I wasn’t.

“Clare’s still very much present and will always be. I carry her with me.”

Read more: OPINION: Couple’s Choice on Strictly week 2 is insane – are BBC bosses setting Greg up for a fall?

Read more: Strictly on BBC One: ‘Bullying’ rumours, tears and the couples who REALLY didn’t get on

What do you think of Strictly star Greg Wise – could he win? Let us know by heading to our Facebook Page @EntertainmentDailyFix and leaving a comment!