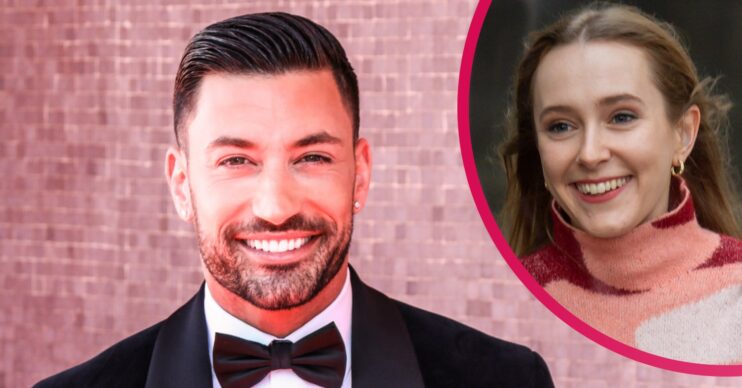 The Italian dancer opened up

Strictly Come Dancing star Giovanni Pernice has opened up about his feelings towards his previous partners on the show.

The 31-year-old Sicilian dancer has been partnered up with a number of celebs on the show.

Speaking to OK!, Giovanni said: “The beauty of Strictly is that every year is different, so you never know what you’re going to get or which personality you’ll get or which dancer you’ll get.

“My job is just make my partners as good as I can in terms of dancing, so I’m not sure I’m worried because I am up for new things.”

Having been teamed up with the likes of Laura Whitmore, Ranvir Singh and ex Georgia May Foote, Giovanni thinks of himself as ‘lucky’.

He added: “I have been very lucky over the years with the partners I’ve had. Rose was special. I am happy to start a new journey with a new partner and see where it goes from there, I never compare anyone because each one of them brings their own special story.”

Rose and Giovanni’s ‘special’ partnership was topped off with a BAFTA last month.

The pair won Virgin Media’s Must-See Moment award at the bash for their silent Strictly dance. One of the most emotional scenes in the BBC series’ history the dance was recognised at the awards show.

EastEnders actress Rose, 27, was Strictly’s first deaf contestant and she consistently wowed the judges with her ability. But the silent routine saw them overcome with emotion.

The couple danced to Zara Larsson and Clean Bandit’s song Symphony. But, halfway through, the music was cut off, giving viewers an insight into Rose’s world.

The judges and audience were stunned.

Accepting the award, Rose said: “It is a very special moment for us because hopefully, it showed how powerful TV can be, where it has actually introduced changes. It has even helped the BSL (British Sign Language) law be passed recently.

Giovanni added: “When we first thought of the idea to put silence into the dance, we knew it was going to give an impact, but this went bigger than what we thought.”