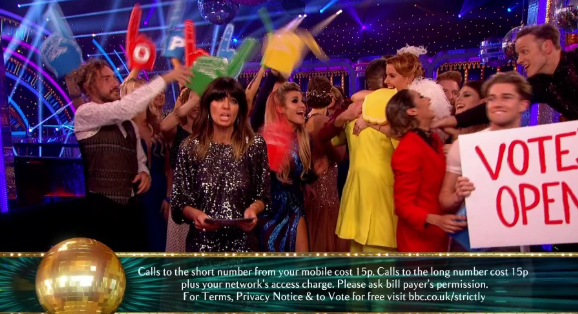 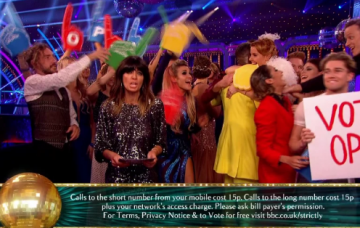 There's still love and respect there

Karen Clifton and Charles Venn have faced a tough time in the Strictly competition so far, ending up in the bottom two twice in a row.

But they came out fighting in Week 5, smashing their couple’s contemporary dance performance.

The pair nailed a street routine to James Brown’s Get Up Off That Thing and scored a whopping 36.

Read more: Why WAS Bruno missing from tonight’s show?

Unsurprisingly they were both delighted with the results.

But viewers were more interested to see how Karen was congratulated by her estranged husband, fellow dancing pro Kevin Clifton.

He could be see clambering over the sofa to give her a huge, heartfelt hug.

It was soon giving fans on Twitter all the feels…

“Do you know what’s lovely? Seeing how happy Kevin is for Karen!” said one.

A third gushed: “Aww nice to see Kevin congratulate Karen on her dance with Charles #Strictly.”

Another viewer said: “Awww loved seeing Karen and Kevin hug each other after her dance with Charles. Glad to see they’re not on bad terms #Strictly.”

“Kevin and Karen’s romance may have fizzled but it’s nice to see that they are still friends,” noted someone else.

Another viewer summed up the sentiment with: “AWWW KEVIN GAVE KAREN A HUG! I am fully here for public displays of affection.”

The married couple confirmed their split in March after three years’ marriage, and Karen this week spoke movingly about her estranged husband in a joint interview with Hello magazine.

“I respect and admire Kevin as a performer, a human being, and I’ve always looked up to him, that will never stop,” she revealed.

“We want to be positive in all of this.”

Kevin meanwhile said: “What the future holds we have no idea. We are the best of friends, have a good laugh, and life goes on.”