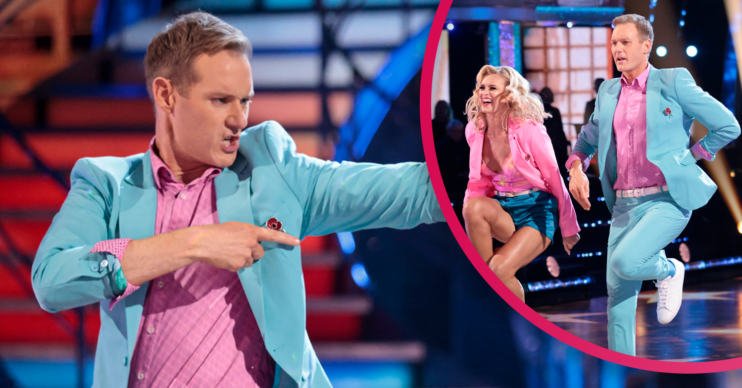 And their performance led to some suggesting he could’ve danced his last dance.

Dan and Nadiya danced the Couple’s Choice and got a pretty impressive 28 from the judges.

It’s safe to say Strictly judge Craig Revel Horwood wasn’t exactly a fan, branding the dance “disappointing” but admitting that he did like Dan.

Shirley Ballas gave the dance an 8, much to one viewers’ dismay.

“Shirley scoring Dan an 8…. behave! Like he is on the same level as Rose,” said one.

However, many many others took to Twitter with the same complaint – namely that they’d seen the dance somewhere before.

What did Strictly fans say about Dan Walker?

The fun routine from the BBC Breakfast star left some viewers confused.

“So what are the categories for couples choice now? It used to be Street, Jazz and one other? They don’t say what they are now and I have no clue what Dan’s was!” declared one.

However, others knew exactly what dance he was doing – a TikTok dance!

“Catching up on #Strictly. Did Dan do a TikTok dance??” said one.

“Why are they doing a Tik Tok dance on Strictly?” moaned another. “GO HOME DAN.”

“Sneaky Tik Tok dance there to get votes from young people. I see you, Dan,” quipped another.

“The TikTok dance in dan’s routine???” another questioned. “I am going to puke.”

“I think Dan‘s luck might have run out,” another predicted. “It looked like a TikTok outtake rather than an actual dance for me.”

Starring in their first Couple’s Choice. This routine is Classic Dan and Nadiya 🤩 #Strictly@mrdanwalker @NadiyaBychkova pic.twitter.com/8B9K1PUDd2

Dan did the ‘TikTok dance – love that’

However, not everyone was complaining about Dan including trendy moves in his routine.

“I love that Dan and Nadiya included the TikTok dance,” said one fan.

“Dan and Nadiya using the TikTok dance in their Couple’s Choice – love that,” said another.

Meanwhile, a third added: “Dan Walker absolutely just did a TikTok dance in the middle there right?”

The Strictly results air tonight (November 7) on BBC One at 7.15pm.

What did you make of Dan’s dance? Tell us on our Facebook page @EntertainmentDailyFix.