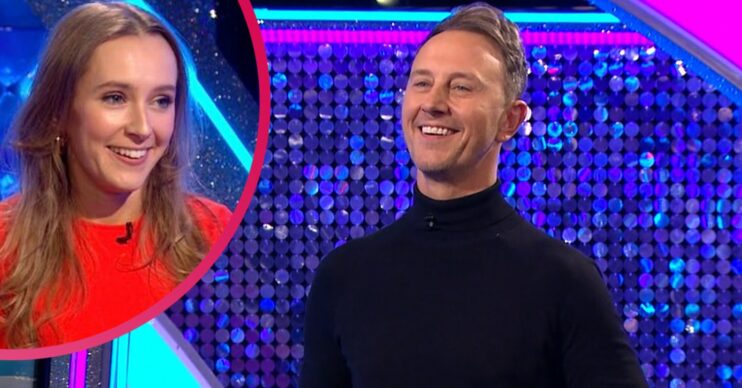 Strictly star Ian Waite has teased why he would have loved to be partnered with Rose Ayling-Ellis.

Rose has become one of the favourites to win this year’s Strictly and her chemistry with her partner Giovanni Pernice.

However, things could have been very different.

Professional dancer Ian appeared on It Takes Two on Monday night where he confessed he would have loved to have been partnered with Rose.

He told host Rylan Clark that he would have enjoyed coining a nickname for viewers to call them.

He said: “We would have a couple’s name and it would be Waitrose!”

As a result, viewers took to social media to share their opinions over Ian’s joke.

“Ian’s been waiting MONTHS to crack that Waitrose gag #ItTakesTwo,” joked one viewer.

Thank you #ItTakesTwo for bringing back one and only Mr @ianwaite the master of choreography corner tonight. @pernicegiovann1 may he borrow @RoseAylingEllis just for once to create a couple's name #Waitrose ? pic.twitter.com/Kr2QpR67IV

A second tweeted: “Thank you #ItTakesTwo for bringing back one and only Mr @ianwaite the master of choreography corner tonight. @pernicegiovann1 may he borrow @RoseAylingEllis just for once to create a couple’s name #Waitrose?”

However, other viewers confessed that they were happy to have Ian back on the show.

“I’m so pleased Ian is back on #ItTakesTwo tonight,” said a third fan.

Meanwhile, Strictly Come Dancing viewers are convinced that Rose and Giovanni have struck up a romance.

Since they were first paired up 12 weeks ago, viewers have become obsessed with their undeniably chemistry and close bond.

On Sunday night’s results show, viewers were shocked when they spotted Giovanni kiss Rose. As a result, it only further fuelled rumours that the pair have fallen for each other.

“The way Gio looks and behaves around Rose is just everything. He looks at her, the way I look at the moon. What am I going to do without my weekly dose of Rose &Gio??#matchmadeinheaven,” said one viewer.

Meanwhile, leave us a comment on our Facebook page @EntertainmentDailyFix and let us know what you think.