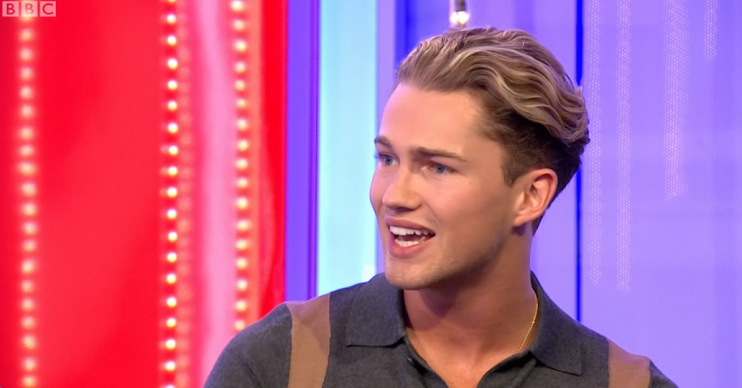 The new series starts next month

AJ Pritchard has dropped a huge hint he will be partnered up with Saffron Barker on this year’s Strictly Come Dancing.

Fans of the show are convinced the 24-year-old pro dancer appeared to let slip he and the YouTube star could well be teaming up for the upcoming series, and admitted he is confident they can reach the final if they are a coupling.

He said on The One Show this week: “I’ve been in semi final three years in a row. As they say fourth year’s a charm. Straight to the final.

“I’ve got so many show ideas but it’s never happened for me just yet.

“I think Saffron… we can make it to the final. There it is. I’ve thrown it out there.”

AJ’s brother and fellow pro dancer Curtis Pritchard – who was a contestant on this year’s Love Island – also backed his sibling to team up with Saffron this year.

Speaking in a joint interview on the show, he said: “I think he’d be fantastically suited.

“Height is an important thing. Obviously if you’re doing ballroom you don’t want a woman who is a lot taller than you.”

Viewers were convinced AJ had let slip that Saffron is his partner on the series this year.

One person wrote on Twitter: “AJ just said him and Saffron can make it to the final on The One Show and I am confused.”

Another said: “Why is AJ talking like he’s got Saffron and they’re gonna win?? Have I missed something?”

aj just said him and saffron can make it to the final on the one show and i am : confused

Why is AJ talking like he’s got Saffron and they’re gonna win?? Have I missed something? pic.twitter.com/VLIHuJUno9

A third tweeted: “AJ just said he thinks him and Saffron can make it to the final.”

Saffron recently admitted she is feeling “nervous” about her ‘Strictly’ debut after falling over in rehearsals for the show’s launch.

She told Digital Spy: “I’m so nervous, I’ve had butterflies all day, I can’t stop going to the toilet, but I’m just embracing every moment.

Speaking about the tumble, she added: “I was the only person to fall over in the group choreography number. Like flat on my face – it was so embarrassing, I was bright red. So I’m just hoping I don’t redo that.”

Earlier this month, Saffron said on Instagram about doing the show: “I am so excited I can’t even tell you. This is such a dream for me.

“I’m also very nervous but I can’t wait for it to actually start and I’ve had to hold this in for such a long time now, I’m so excited its announced.

“But just to get started, learning a new skill obviously. Like how cool to say you can do Latin and ballroom? And obviously all the glitz and glam.”

Are you looking forward to the new series of Strictly? Leave us a comment on our Facebook page @EntertainmentDailyFix and let us know!