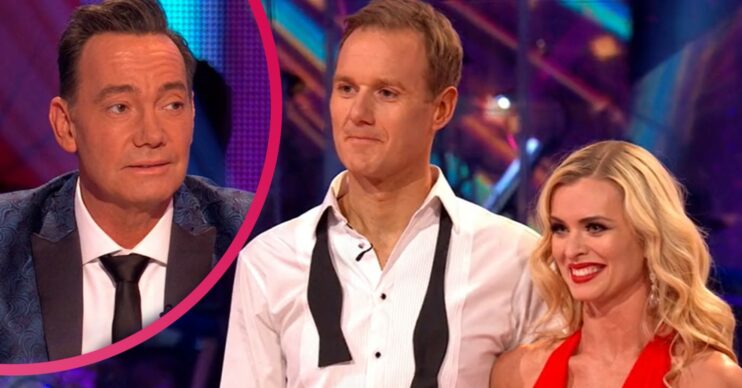 Strictly Come Dancing viewers have insisted Craig Revel Horwood is the only judge “telling the truth” about Dan Walker.

The star hasn’t yet topped the leaderboard and each week has faced criticism from viewers about still being in the competition.

However, last night, Dan received some more positive feedback from three of the judges – but Craig still wasn’t too impressed.

Following Dan’s Rumba to Desperado by the Eagles, Craig said: “It was jolty…”

Craig continued: “The hip action was non-existent. You wiggled your hips, great, but anyone can do that.

“It looked like your feet were velcroed actually to the floor and getting stuck.

“You were marching it and stomping on every two and stopping still.”

He added: “However, all that being said, I thought it was a lot better than I had expected.”

Dan replied: “How bad did you expect it?!”

Craig admitted: “I expected it to be a complete and absolute disaster.”

He added: “But it wasn’t. I can see that you’ve been working extremely hard and placing those fingers, so I’ve got to commend you on that.

“And I’m going to mark you up one more point that I normally would just for your involvement in it and total commitment.”

Dan joked: “Three? Four?” to which Craig said: “You will find out.”

Following the judges’ feedback, Dan received a six from Craig, a nine from Cynthia Erivo and eights from Shirley Ballas and Anton Du Beke.

However, viewers criticised the higher scores and insisted that Craig was the only judge ‘telling the truth’.

One person said on Twitter: “Craig is literally the only one telling the truth about Dan. Just because he is likely most improved doesnt mean he can dance.”

Another wrote: “Once again Craig is the only one telling the truth about Dan’s awful dancing.”

But others praised Dan’s efforts and defended him.

One said: “Dan just love watching you and you have improved so much.”

Once again Craig is the only one telling the truth about Dan’s awful dancing.

Another tweeted: “Love love loved it @mrdanwalker @NadiyaBychkova go guys you were incredible.”

What did you think of Dan’s dance? Leave us a comment on our Facebook page @EntertainmentDailyFix and let us know.