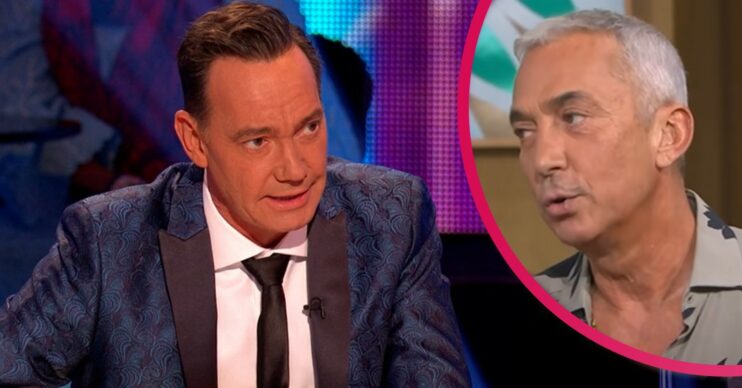 Bruno isn't on the panel again this year!

Craig, 57, is known for being the most acid-tongued judge on Strictly Come Dancing.

Italian dancer Bruno recently confirmed he won’t be on the series again this year as Anton Du Beke will replace him.

Craig had said he wanted Anton back on the judging panel and has now insisted he’ll still miss Bruno.

Speaking to the Mail Online, Craig said: “I am gonna miss him but then I do get to spend quite a few months with him travelling around the country in a Mini so I get my yearly fill which is quite good.”

Last month, Strictly announced the 2022 judging line-up with Anton set to return for another year.

The Strictly Instagram page announced: “Shirley, Craig, Motsi, Anton… We can’t wait to welcome back our fabulous #Strictly Judges for 2022!”

Fans were thrilled as one gushed: “Yes so happy for Anton he was amazing last year.”

Another commented: “Yayyy @mrantondubeke so happy to see you back lovely man.”

One added: “Can’t wait for the new series!!”

Meanwhile last month, Bruno opened up about why he’s not returning for this year’s series.

Appearing on The One Show, the star explained: “Unfortunately, Dancing with the Stars has moved onto Disney plus.

“It’s a big deal, it’s very very exciting. Because of the travel situation I can’t guarantee that I’m going to be there.

“Two years ago, I changed my tickets every week. They need continuity. It’s my decision.”

He added: “I think Anton has done a fantastic job, he deserves to be on that seat.”

However, it wasn’t all bad news for Bruno as he insisted he’s not gone forever!

He said: “Never count me out. Never say never. I’ll always be part of the family, I was there from the beginning.

Strictly is expected to return to BBC One later this year.

Are you happy with the 2022 judges? Leave us a comment on our Facebook page @EntertainmentDailyFix and let us know.