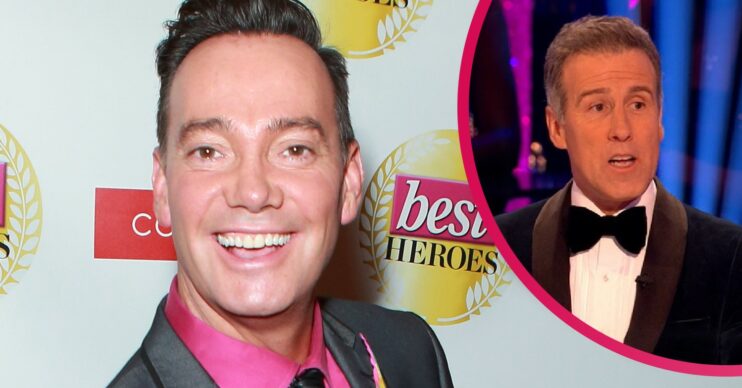 Will Anton be back again this year?

Strictly Come Dancing judge Craig Revel Horwood has revealed what he really thinks of Anton Du Beke being a judge on the show.

Anton, 55, became a judge on the series last year after Bruno Tonioli stayed in America due to the Covid pandemic.

He won over viewers and even Craig seems to want to keep Anton on the panel!

Speaking to The Sun, Craig said he’s “so pleased” that Anton is now a judge.

Craig continued: “There are only so many years you can be front-row dancing, then the second row, then the third and fourth.

“Then the only place left, darling, is a dancer’s sheer death — in the wings.”

Craig added: “I was pleased they got him off the dancefloor and then put him where he belongs. I hope he comes back next year. I loved it, absolutely.”

Anton previously opened up about returning to the judging panel on Strictly.

When asked whether he’d be returning to Strictly as a judge again, Anton said on Sunday Brunch in January: “Don’t know yet – we’ll have to wait and see.”

Elsewhere, last month, reports claimed that BBC bosses intend to keep Anton as a judge instead of Bruno.

An insider told The Sun: “We have been told Anton’s contract as a judge is going to be renewed. The bosses were really happy with his performance.

“It also hasn’t escaped their notice his salary is considerably lower than Bruno’s.

“This decision will ruffle some feathers. But the bosses’ attitude is, ‘If it ain’t broke, don’t fix it.'”

Anton won over viewers on Strictly last autumn with people loving his approach to judging.

After the show’s final last year, viewers begged BBC to bring back Anton in 2022.

One person said at the time: “Let’s keep Anton as a judge next year!”

Another added: “Anton best be returning as a judge in 2022.”

Do you want Anton to return as a judge this year? Leave us a comment on our Facebook page @EntertainmentDailyFix and let us know.