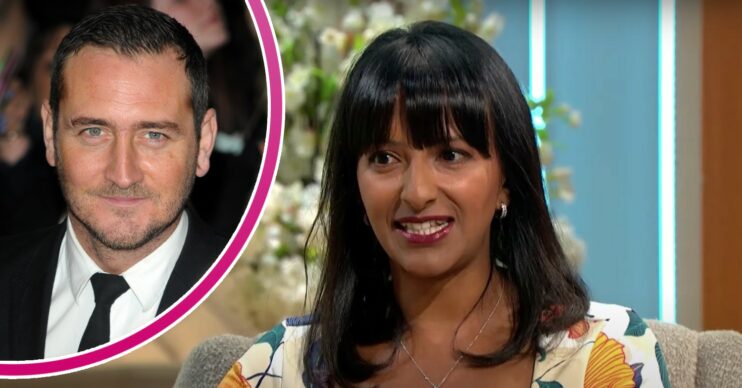 Will and Kym may regret signing on the dotted line…

Former Strictly star Ranvir Singh spoke from her own experience on Lorraine today (August 4) as she issued a warning to this year’s contestants.

The presenter starred on the show herself two years ago and looked to be enjoying herself as she made it to the semi-final with Giovanni Pernice.

However, she gave the new competitors a brutal word of warning as she advised them to “go to the gym” and prepare themselves for the gruelling weeks ahead.

While presenting Lorraine this morning, Ranvir Singh discussed the news of Strictly Come Dancing returning to our screens this year.

The BBC series started its rollout of this year’s competitors after making the announcement on social media early this morning.

The first two dancers confirmed to compete on the show are Coronation Street stars Kym Marsh and Will Mellor.

Ranvir competed on the show herself in 2020, where she was eliminated in the semi-final.

During her time on Strictly, Ranvir improved massively over the weeks and became a huge fan favourite.

However, speaking from past experience, the presenter sent a warning to the new stars, stating that they need to prepare their bodies.

She said: “Congratulations to them both. Good luck. You need to start getting to the gym. Make sure that your body is ready because oh my goodness you’re not prepared for what is about to happen.”

Ranvir also revealed that the contestants’ “feet will bleed” as part of a pretty grim warning.

Read more: What is the Tesco method on TikTok and how can you take advantage of it and get free sweets?

Andi Peters, who was also in the studio, quipped: “Well done for signing up, your feet are going to bleed.”

Ranvir replied: “No Andi, they do!”